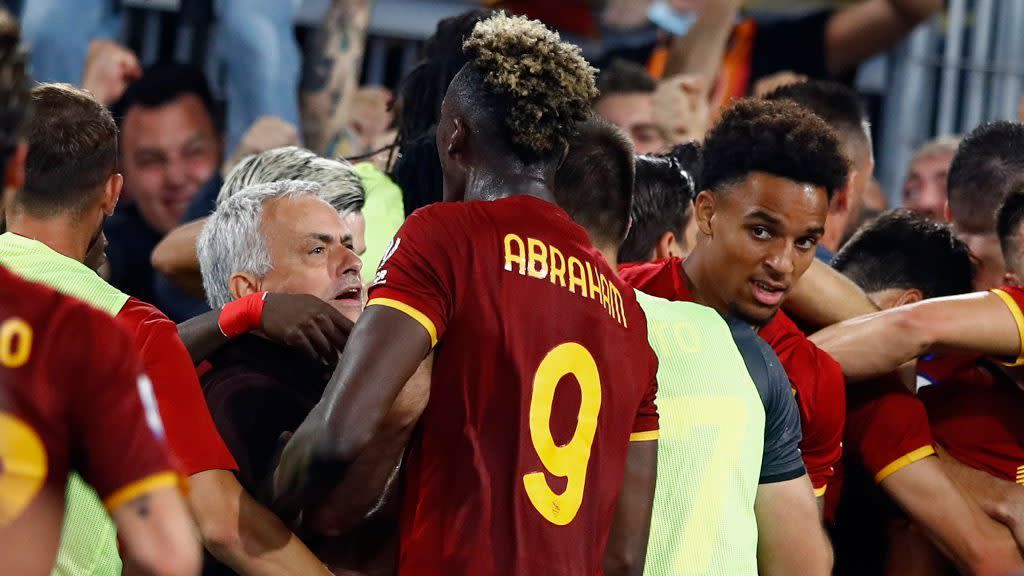 Undefeated and unable to restrain himself: One of these qualities has often been associated with Jose Mourinho and another more of a throwback.

But Mourinho’s now overseen 1,000 senior matches after Sunday’s dramatic 2-1 defeat of Sassuolo, and his stoppage-time celebration channeled perhaps his most famous party.

Stephen El Shaarawy’s goal set Mourinho running down the touch line as he did in Porto’s famous 2004 upset of Manchester United in the UEFA Champions League.

Mourinho admitted he was “lying” when he said the 1,000th game meant nothing to him, and said he apologized to Sassuolo counterpart Alessio Dionisi after the game.

“During the week, I lied to myself, telling everyone this was not a special game,” Mourinho said, via Football-Italia. “I was trying to convince myself it was not special. It was a special match.It was a match with a special number for me, which until the last day of my life I will always remember this was the 1,000th game. I was terrified the eternal memory would be of a defeat. …

Roma joins AC Milan and Napoli as 3-0 teams to start the Serie A season, and the Lupi have also won their two Europa League matches against Turkish side Trabzonspor.

USMNT back Bryan Reynolds subbed into the match with a minute to go for his first Serie A time under Mourinho, and got to be a part of the massive celebration on a historic occasion.

Mourinho ‘terrified the eternal memory’ of 1000th match would be loss (video) originally appeared on NBCSports.com

Busquets shocked by Messi exit as Barcelona get set for Bayern