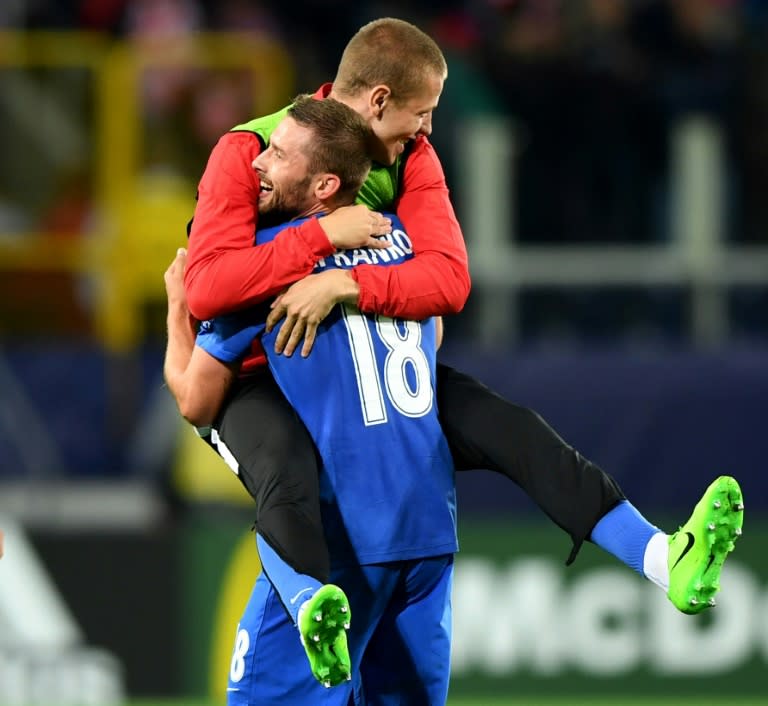 Namibia goalkeeper Virgil Vries and Slovakia forward Pavol Safranko were among the stars in the first legs of the South African MTN 8 semi-finals this weekend.

Vries made numerous excellent saves on Sunday for Soweto club Swallows as they forced a 0-0 draw at Cape Town City.

Safranko scored his first goal for Pretoria-based Mamelodi Sundowns on Saturday as they came from behind to draw 1-1 with Lamontville Golden Arrows in cold, wet and windy Durban.

Constantly busy Vries, 32, made a superb save on the stroke of half-time, tipping over the crossbar a fierce drive from Khanyiso Mayo.

The 26-year-old Slovak came off the bench in the second half and poked a loose ball into the net on 85 minutes after Siphelele Dlamini had given Arrows an early lead.

The return matches are set for September 28 and 29 with the aggregate winners reaching the final of a competition that offers only one prize — eight million rand ($545,000/460,000 euros) to the winners.

Restricted to clubs occupying the first eight places in the previous league season, the other seven competitors receive only an 800,000 rand appearance fee.