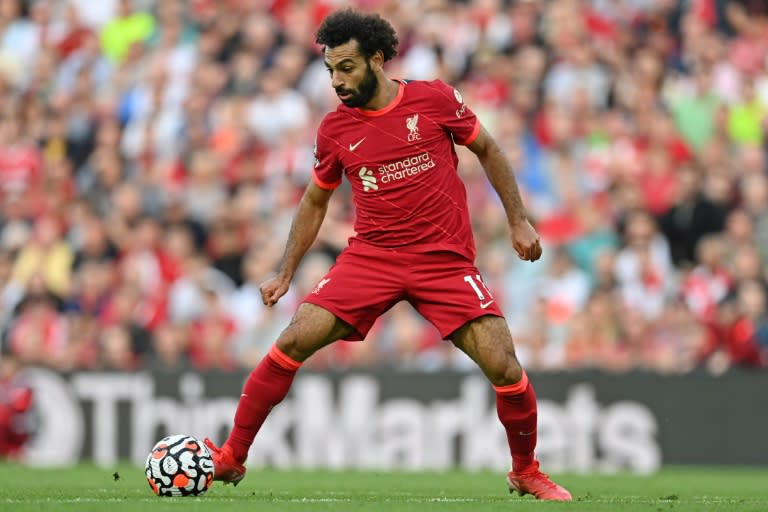 Liverpool star Mohamed Salah will be a notable absentee due to coronavirus travel restrictions when the group phase of qualifying in Africa for the 2022 World Cup finally kicks off on Wednesday.

Salah plays for Egypt, who are on the United Kingdom travel ‘red list’, and he would have to quarantine for 10 days when he returns from his homeland, sidelining him for four fixtures.

Stars in other European countries could also be affected as the pandemic continues to wreak havoc with an African group schedule that has already been delayed three times.

Here, AFP Sport looks at the 10 four-team groups and which countries may reach the final qualifying stage.

As if facing African champions Algeria, who are unbeaten in 27 matches since November 2018, was not sufficiently intimidating, rivals Burkina Faso, Niger and Djibouti are barred from playing at home.

All must use neutral venues because their stadium facilities and/or pitch does not meet international standards, making Riyad Mahrez-captained Algeria hot favourites to advance.

Wahbi Khazri-led Tunisia are among the most successful African countries when it comes to World Cup qualifying, reaching the finals five times.

They will face tough opposition on visits to resurgent Zambia, rising Mauritania and improving Equatorial Guinea, but it would be a shock if they did not finish first.

Although Nigeria coach Gernot Rohr is pleading caution, the German knows that failure to finish above Cape Verde, the Central African Republic and Liberia will trigger his dismissal.

Since missing out on the 2006 World Cup, the Super Eagles have reached every finals and Rohr has more than enough talent to maintain the successful streak.

Cameroon were grouped with Serge Aurier-captained Ivory Coast, the second seeds every coach wanted to avoid when the draw was made in Cairo more than two years ago.

Top seeds Mali and east African nations Uganda, Kenya and Rwanda make up the only group not containing a previous World Cup qualifier.

Given that Uganda have slumped, Kenya flatter to deceive and Rwanda are ranked 35th in Africa, a Malian side including Southampton midfielder Moussa Djenepo should prevail.

Egypt lifted the Africa Cup of Nations trophy a record seven times, but have a poor World Cup record, reaching the finals only twice since official qualifying began in Africa.

Automatic 2010 entrants as hosts, South Africa have not reached a World Cup as qualifiers for 20 years and that depressing situation is likely to continue under new coach Hugo Broos.

The Belgian, who made Cameroon African champions in 2017, has chosen a young, raw squad with an eye on the future, leaving Ghana as favourites to finish above South Africa, Zimbabwe and Ethiopia.

Namibia have the added handicaps of no football being played locally for several years due to bickering officials, and being among eight nations barred from hosting matches.

The pressure will be on Bosnia and Herzegovina-born Morocco coach Vahid Halilhodzic, whose contract states that failure to reach the 2022 World Cup can lead to the sack.

Morocco are capable of collecting maximum points at home to Guinea, Guinea-Bissau and Sudan, but visits to Conakry and Omdurman will be tough for a team that includes Chelsea fringe midfielder Hakim Ziyech.

Perhaps the most open section as the Democratic Republic of Congo, Benin, Madagascar and Tanzania are all struggling, with none of them qualifying for the upcoming Africa Cup of Nations.

Slight favourites DR Congo were World Cup qualifiers in 1974 when the vast country was called Zaire and have hired Argentine coach Hector Cuper, who took Egypt to the last World Cup.