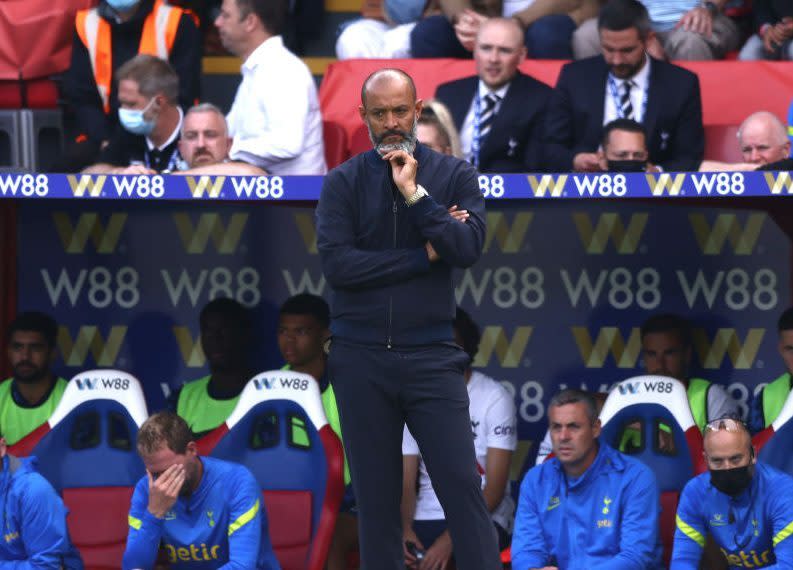 Nuno Espirito Santo was far from happy with his Tottenham side as he gave live reaction after they lost 3-0 at Crystal Palace.

Spurs were reduced to 10 men early in the second half, suffered injuries and were generally woeful.

Santo saw his side outplayed by Palace for almost the entire game as Harry Kane hardly had a kick, Japhet Tanganga was sent off and Eric Dier came off injured.

Add that to several players disobeying club orders to travel to South America to play in World Cup qualifiers, and therefore missing this defeat at Palace due to quarantine orders.

Here is what Santo had to say, as Spurs’ perfect start to the season was ended in dramatic fashion.

“There’s a lot of situations we have to look at but it would be fair to say we didn’t perform as we could,” Nuno said.

He was then asked about Tottenham’s lack of creativity as they’ve scored just three goals in their opening four games of the season: “Yes, of course, it is a big concern.”

The South Korean superstar was sorely missed, as he picked up a knock on international duty and didn’t feature in the squad at Palace.

He responded quite simply that Son “doesn’t look well” but said that he and Steven Bergwijn could be fit for the next game.

So, that doesn’t seem too bad.

What about the injury to Eric Dier?

The English center back looked to be in a lot of pain when he came off injured early in the game.

Hugo Lloris put him in a bad spot with a pass under pressure and although Dier moved the ball on, he was caught by Jordan Ayew and had to be replaced.