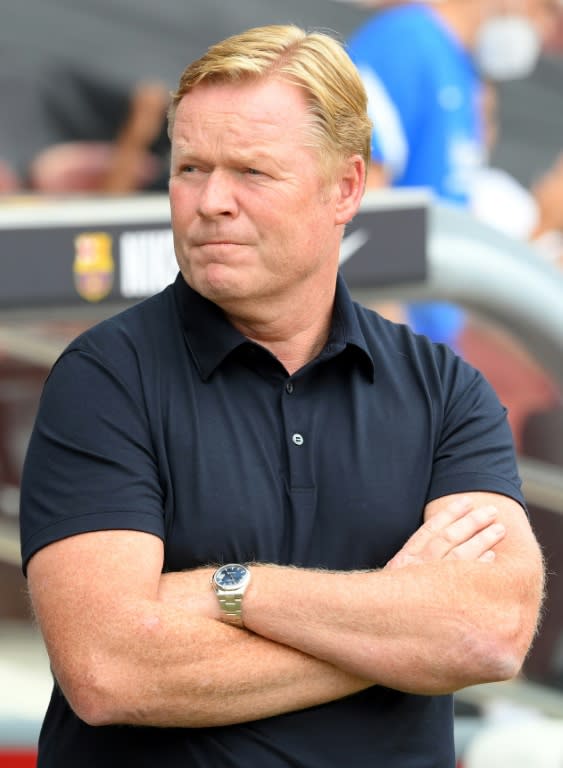 Champions Atletico Madrid missed the chance to go clear at the top in Spain on Sunday but came from behind twice to draw 2-2 with Villarreal thanks to a howler of a late own goal.

In the fifth minute of injury time, an horrific back-pass from Villarreal’s Aissa Mandi left his ‘keeper stranded and the ball rolled agonisingly into the goal to give Atletico a point.

Luis Suarez was on target for the first equaliser for Atletico.

Manu Triguera and then Arnaut Danjuma put the visitors ahead twice before the late blunder left Atletico on seven points from three games.

“That’s the joy of not losing a match that was heading in that direction,” Atletico coach Diego Simeoene said.

“It was an injustice, but this game can be like that,” he said of the late leveller. “It was our best game so far.”

Triguera opened for the visitors shooting into the top corner on 52 minutes, but Suarez pounced inside the box to bring it level four minutes later.

Dutch new signing Danjuma then ran into space to score his first goal for Villarreal and make it 2-1 on 74 minutes.

Atletico piled on the pressure until the own goal allowed the champions a point for their endeavours.

Getting used to life without superstar Lionel Messi, Barcelona got off to a quick start as Roberto prodded home a Jordi Alba cross in just the second minute at Camp Nou.

But Getafe did not buckle and Sandro Ramirez fired home a neat snap shot after a quick one-two on 18 minutes.

Dressed all in black, Barca boss Ronald Koeman cut a nervous figure on the sidelines as he pointed and shouted instructions with Frenkie de Jong and Sergio Busquets bossing midfield.

De Jong then provided the killer pass for the winner.

Timing his run perfectly, Depay fired home a low drive from the left of the six-yard box to put Barca back ahead on the half hour.

Depay came closest to scoring another with an acrobatic volley late on.

The former Manchester United and Lyon striker now has two goals and an assist from three Liga games.

“Psychologically it’s a big step forward for us, we were under pressure but held on even tough we were suffering,” Koeman said. “We held the line further forward.”

Madrid have enjoyed a bright start to the season, while the reported potential signing of Kylian Mbappe could give them another boost before the end of the transfer window on Tuesday.

Ancelotti, who returned to the club after the resignation of Zinedine Zidane, has seen some of his tougher decisions pay off so far, with Gareth Bale and Isco impressing after being brought back into the fold.

Sevilla are hoping to launch another title challenge this term after falling away late last season to finish fourth.