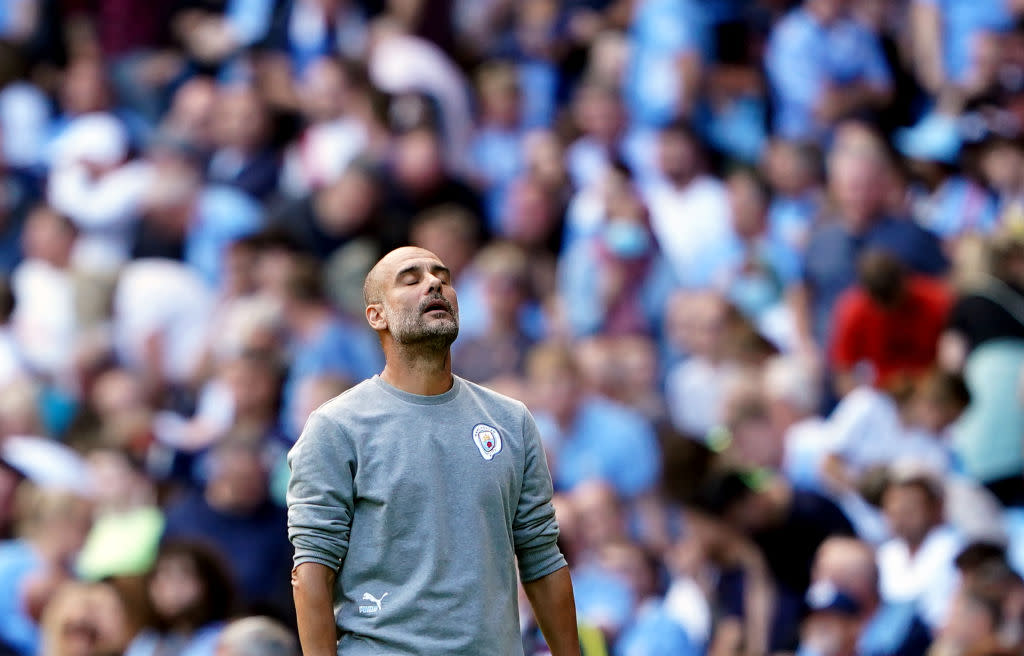 Pep Guardiola shared his reaction to Manchester City drawing 0-0 against Southampton, the crowd at the Etihad Stadium and more, and it’s safe to say he wasn’t best pleased.

After controversially calling for more fans to turn up the Etihad Stadium for this game, the fans did their part.

Pep Guardiola saw his side dominated for large chunks of the game, as Ralph Hasenhuttl’s Southampton were well-drilled and dangerous on the break as they were awarded a penalty kick in the second half, as well as Kyle Walker being sent off, but VAR overturned the decision.

City had just one shot on target in the game, which is very rare for them.

With Pep Guardiola under pressure for his comments about fans not turning up the game against RB Leipzig in midweek, there is a little pressure building on him now.

Southampton boss Ralph Hasenhuttl was a proud man after watching his side cause Man City plenty of problems, as they have now drawn four of their first five games this season.

That may not sound great, but they’ve drawn away at Man City and Newcastle, plus at home against Man United and West Ham, plus lost late on away at Everton on the opening day.

Not a bad start to the season for the Saints.