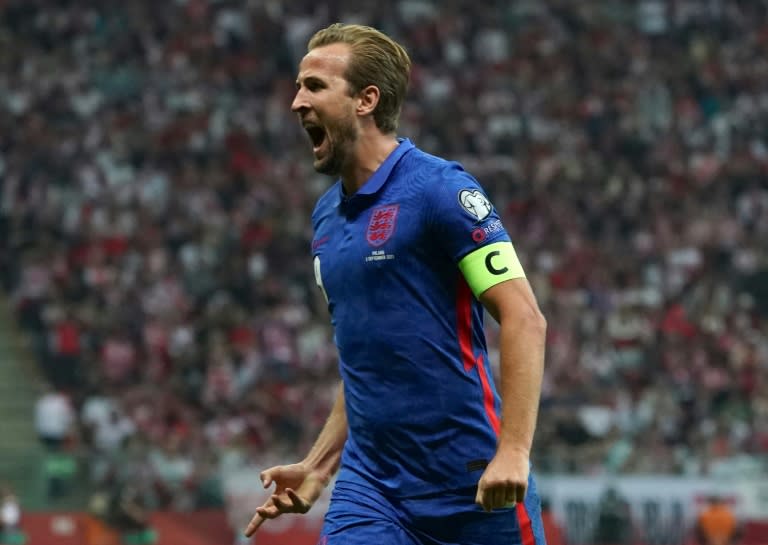 Gareth Southgate admitted England still have work to do to reach the 2022 World Cup after Damian Szymanski’s stoppage-time equaliser earned Poland a 1-1 draw in Warsaw on Wednesday.

The Three Lions are still well-placed to secure their place in Qatar as winners of Group I of European qualifying with a four-point lead over second-placed Albania and five clear of Poland.

A game short on goalmouth action looked to be meandering towards a stalemate until Harry Kane’s long-range strike 18 minutes from time deceived Wojciech Szczesny.

But Szymanski rescued a point that could be vital to the Poles’ chances of sealing second in the group and a playoff place for the World Cup by crashing home a header from Robert Lewandowski’s cross.

With clashes against Andorra and San Marino still to come in their remaining four games, qualification for Qatar should remain little more than a formality for Southgate’s men.

However, the England boss was again questioned for his reluctance to use a bench filled with Premier League stars.

Despite reaching a first major international final for 55 years, Southgate was criticised during Euro 2020 for not utilising the strength in depth he has on offer.

For the first time since the semi-final of Euro 96, England did not make a single substitution.

By stark contrast, Poland boss Paulo Sousa used all five of his allocated changes, including the introduction of Szymanski.

“We were in total control of the game,” said Southgate. “You can bring players into the game when it’s not so easy in the latter stages.

“We knew if we won the game we were pretty much in Qatar. That isn’t the case, we still have work to do, but I can’t fault the players in the way they’ve responded to the summer.”

England bounced back impressively from their Euro 2020 disappointment with comprehensive 4-0 thrashings of Hungary and Andorra earlier in the week.

But the visitors were made to work far harder against a side expected to be their closest challengers in the group.

Kane was uncharacteristically wasteful with England’s one big chance in the first half as his tame header from Raheem Sterling’s cross was easily blocked.

The Tottenham striker eventually got his 41st international goal after the break with a long-range effort that swerved away from Szczesny.

“That’s probably one of the best goals, probably the furthest out I’ve scored for England,” said Kane.

“Poland clearly saw this as their last opportunity to take some points off us and get closer to us in the group.

“I thought we handled it well. The Hungary game and this game away from home were not easy to play in. The boys stepped up and put in good performances.”

Jordan Pickford nearly gifted Poland an equaliser when his clearance was charged down by Karol Swiderski, but the Everton stopper was grateful to a kind bounce which allowed him to collect the ball before it crossed the line.

Pickford was helpless in the 92nd minute, though, as Jakub Moder turned Kyle Walker to open up the England defence and the ball eventually broke for Robert Lewandowski to pick out Szymanski at the far post for a bullet header.

Gnabry nets again as Germany see off Iceland in Reykjavik