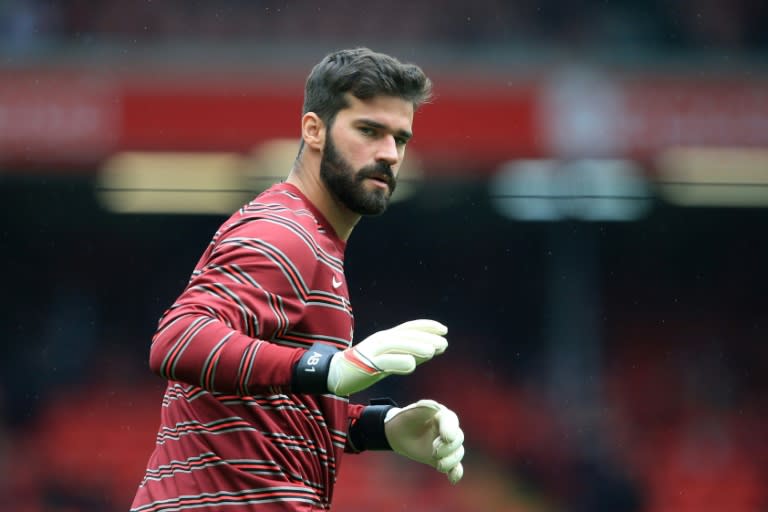 Premier League managers said Friday they did not know whether they could select their Brazilian players for matches this weekend as a “senseless” club versus country row threatens to disrupt plans.

English top-flight clubs refused to release players for international duty in countries on the UK government’s red list, including Brazil and Argentina, due to the 10-day coronavirus isolation period required on return.

As a result, Brazil football chiefs have asked global governing body FIFA to invoke a five-day suspension, the sanction for clubs not releasing their players.

Discussions are continuing, with clubs arguing the unprecedented circumstances of the global pandemic were sufficient justification for their decision.

Liverpool manager Jurgen Klopp, whose side travel to Leeds on Sunday, said he still does not know whether he will be able to select goalkeeper Alisson Becker or midfielder Fabinho.

The pair, plus Roberto Firmino — who is currently injured — were selected for this month’s World Cup qualifiers in South America.

“In this moment, we have to see what other people decide and then we will again accept that probably, do what people tell us and try to win a football game,” Klopp told liverpoolfc.com.

The German outlined the problems his players would have faced had they travelled.

“Our players, if they come back then they have to quarantine 10 days in a random hotel, next to the airport probably, which is not good for any people who have to do that but for a professional football player, being 10 days in a hotel — with the food they get from there — you lose everything,” he said.

“You lose muscle, you lose everything. It means 10 days in the hotel, coming back (and) needing pretty much 10 days to get on track again.”

Manchester City boss Pep Guardiola admitted he was unsure whether Brazil duo Ederson and Gabriel Jesus would be available to face Leicester.

“If they had travelled there they wouldn’t have been allowed to play,” said Guardiola referring to strict rules in Brazil covering arrivals from Britain.

“If they do it, so they cannot play in Brazil, and after they come back cannot play here for 10 days. If they don’t fly they are suspended for five days because they are here. It makes no sense.”

Chelsea boss Thomas Tuchel, set to lose the services of defender Thiago Silva for Saturday’s game against Aston Villa, said it made no sense for his club or Brazil.

Manchester United boss Ole Gunnar Solskjaer, who has Brazilian midfielder Fred in his ranks, described the situation as a “farce”.

“It is a lose, lose, lose situation for everyone, national teams, players, clubs,” said Solskjaer.

“It has been a farce. The players want to play.”

Tottenham manager Nuno Espirito Santo, whose team face Crystal Palace this weekend, said Giovani Lo Celso, Cristian Romero and Davinson Sanchez would not return to the club until next Saturday.

The trio are currently in Croatia, having defied the ban on travel.

Argentine players Lo Celso and Romero and Colombian Sanchez are able to train outdoors in Croatia and then return to England without quarantining, rather than having to do hard quarantine in a hotel.