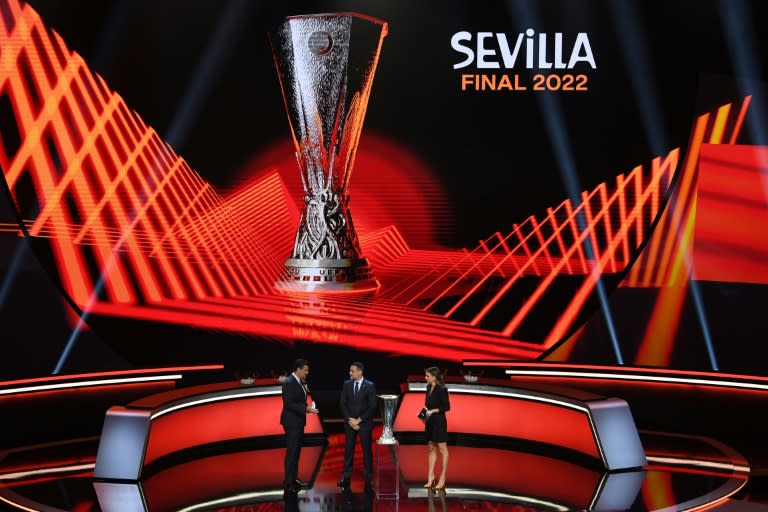 The slimmed-down Europa League group stage kicks off on Wednesday with a solitary game in Moscow, before the action intensifies on Thursday, the traditional night for Europe’s second-tier club competition.

Spartak are hosting Legia Warsaw a day early because Moscow has two clubs in the competition and Lokomotiv, who have been drawn at home against Marseille in their Group E opener, will play on Thursday.

That sort of fixture clash is less likely this year in a competition that has undergone dramatic weight-loss surgery.

After the UEFA Cup and Cup Winners Cup merged in 1999, UEFA kept its members happy by adding more and more slots in the Europa League.

Last year, 213 clubs played in the competition at some point. This year there will be just 58.

Three of the Europa League preliminary rounds have been trimmed and the group stage is made up of 32 clubs, down from a cumbersome 48.

Much of the bloat has been swept into the newly-launched third-tier Europa Conference League, which welcomed 181 clubs this season — increasing the total between the two competitions by 26.

Galatasaray, Napoli, Lazio, Eintracht Frankfurt, Bayer Leverkusen, PSV Eindhoven, Rangers and West Ham have all won either the Europa League or one of its precursors. PSV, like Celtic, Red Star Belgrade and Marseille, are former European champions.

Under the new format, the top teams in each group advance straight to the round of 16. The eight runners up face one of the third-placed teams from the Champions League in a ‘playoff’ round.

The tougher format, puts the pressure on some heavyweight clubs. Rangers open at home to Lyon in a group that also includes Sparta Prague and Brondby.

If a team, like Rangers, who lost in the Champions League qualifying rounds finishes third in the Europa League group stages they will drop into the later stages of the Conference.

Group G contains three clubs that would expect to advance and a dangerous spoiler. It opens with Leverkusen hosting Ferencvaros and Celtic at home to Betis.

West Ham return to Europe after five seasons away with a visit to European perennials Dinamo Zagreb.

Dinamo is one of the clubs trying to avoid treating the Europa League as a disappointing consolation prize. They fell, heavily, in the last round of Champions League qualifying to Moldovans Sheriff, whose surprising romp through the Balkans had earlier claimed Red Star.

In Group B, PSV, also smarting after slipping in Champions League qualifying, host powerful Spaniards while Monaco, edged out at the same stage, face Sturm Graz.

Mets Prospect Stock Watch: 3 younger players who have taken a leap in 2021

Felipe Martins scores on a spectacular strike from outside the box

Felipe Martins scores on a spectacular strike from outside the box

Norwich vs Watford: A pair of likely relegation-threatened sides are set to meet in the Premier League at Carrow Road on Saturday (Watch live at 10 am ET, on Peacock Premium). NORWICH vs WATFORD STREAM LIVE The Canaries are still searching for their first points of the season as they head into matchweek 5, putting […]

Burnley vs Arsenal is an intriguing clash at Turf Moor on Saturday (start time 10am ET on NBCSN and online via NBCSports.com) as the Clarets and Gunners lock horns after slow starts to the current season. STREAM LIVE BURNLEY vs ARSENAL Sean Dyche has just signed a new four year contract at Burnley, as the […]

ATLANTA (AP) — After being slowed by the pandemic, the race among 17 U.S. cities to land a coveted spot hosting the 2026 World Cup is back on. Two FIFA inspectors were in Atlanta Friday to get a look at 72,000-seat Mercedes-Benz Stadium, home of a record-setting Major League Soccer team and centerpiece of the […]