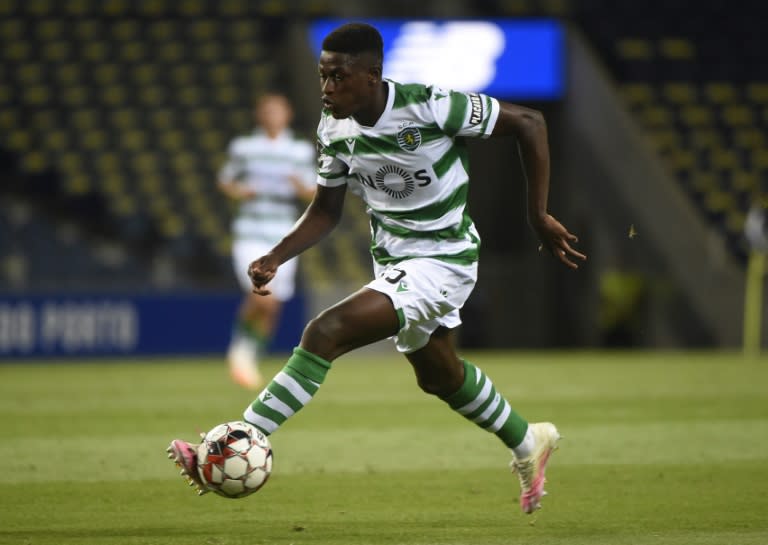 Paris Saint-Germain announced the signing of teenage Portugal defender Nuno Mendes from Sporting Lisbon on Tuesday, on a season-long loan with an option to buy.

The 19-year-old, who was part of Sporting’s Portuguese title-winning side last season, has won five international caps and was an unused member of Fernando Santos’ Euro 2020 squad.

Nuno Mendes completes a bumper transfer window for PSG, who will reportedly pay Sporting a loan fee of seven million euros ($8.3 million) with the option to make the deal permanent for 40 million euros.

He had been linked with Premier League clubs including Manchester City earlier in the summer.

The full-back made 35 appearances in all competitions for Sporting in a breakthrough campaign last season.

Spanish international Pablo Sarabia has moved in the opposite direction, joining Sporting on loan until the end of the campaign.

Opinion: Ben Simmons has no choice but to leave Sixers after being thrown under team bus