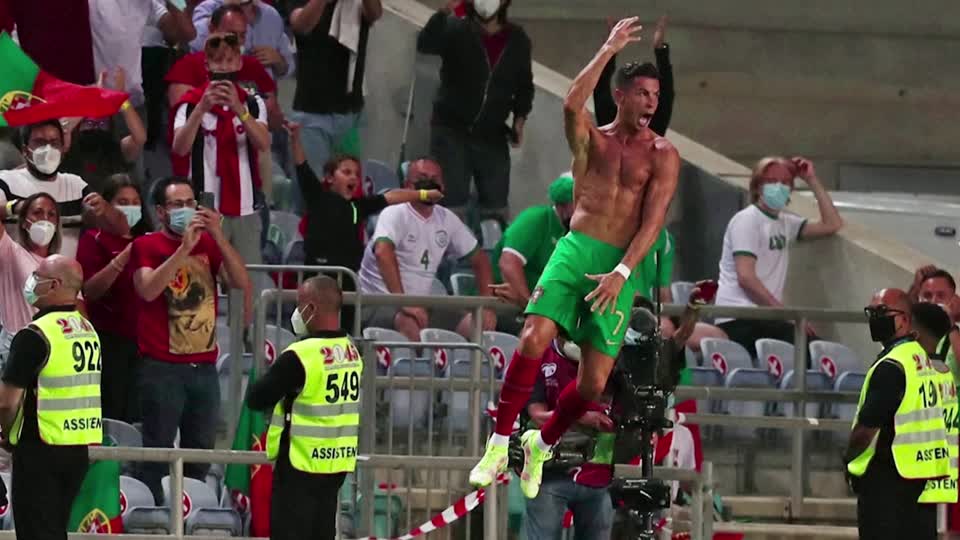 in men’s international football with 111 goals

after he headed two late goals

to give Portugal a 2-1 comeback victory over Ireland

in Group A of World Cup Qualifying

“Of course, we are all satisfied. All Portuguese are pleased to have the best goalscorer ever, but it was going to happen anyway. I don’t believe that with five, six, ten or fifteen more matches that Ronaldo still has to play that he wouldn’t break the record. He was already tied. If there were eight, nine or ten goals to get to break the record, maybe we would question if he could get it or not, but with only one goal to get, if not today, it would’ve been another day.”

He called his return to the club ‘the best decision’