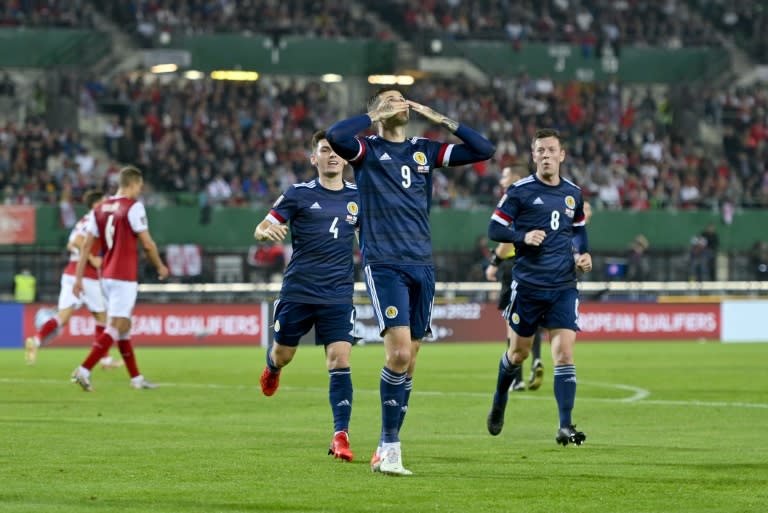 Scotland manager Steve Clarke rounded on his side’s critics after beating Austria 1-0 in Vienna to revive their hopes of reaching a first World Cup since 1998.

Clarke’s men bowed out at the group stage in their first major tournament for 23 years at Euro 2020 and the manager was also heavily criticised for a limp performance in losing 2-0 to Denmark last week.

Automatic qualification for Qatar next year still looks to be too big an ask with the Danes romping away at the top of Group F of European qualifying with a seven-point lead thanks to a 100 percent record.

But Scotland are now best-placed to reach the playoffs as they edged a point ahead of Israel, who visit Glasgow next month, and four clear of Austria with four games to play.

“Some people in this country (Scotland) don’t believe in this group of players, but I do,” Clarke told Sky Sports. “I love my players. We’re a good team.

“We’ve got a great squad of players and everyone involved wants to do well for the country. We want to get the credit we deserve.”

Unlike Scotland, Austria reached the last 16 at Euro 2020 but a third defeat in six qualifiers for Qatar has put manager Franco Foda’s position back under pressure.

Foda’s men were thrashed 5-2 by Israel on Saturday and are now realistically relying on a playoff place via their performance in the Nations League for a second shot at reaching the World Cup.

A game high on intensity, but low on quality was decided by one moment on 30 minutes when Che Adams was dragged to the ground inside the box by Martin Hinteregger.

The Eintracht Frankfurt defender escaped punishment from the referee initially, but was caught out by a VAR review.

Hinteregger was lucky to stay on the field having been booked moments before for a wild lunge on Callum McGregor.

But Dykes ensured justice was done from the spot as his powerful effort slipped through the grasp of Daniel Bachmann.

Austria had another disciplinary reprieve early in the second-half when Marko Arnautovic floored Billy Gilmour with a deliberate shoulder to the Norwich midfielder’s head that went unpunished.

Scotland occasionally threatened a killer second goal on the counter-attack as Stephen O’Donnell forced Bachmann into a fingertip save before John McGinn and Adams flashed shots just off target.

Craig Gordon was rarely called upon, but the Hearts goalkeeper produced a stunning save to seal victory when he parried Christoph Baumgartner’s header from close range late on.