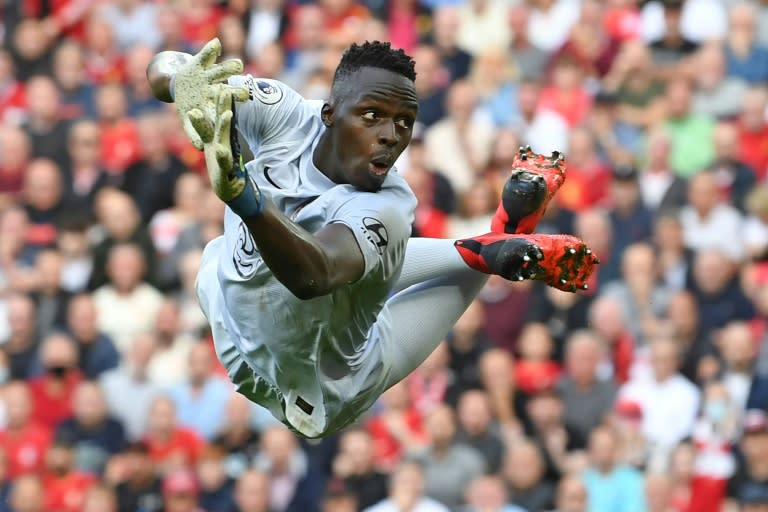 Sadio Mane-inspired Senegal hope history does not repeat itself when they host unfancied Togo on Wednesday as the group phase of 2022 World Cup qualifying in Africa kicks off.

The last time the Senegalese Teranga Lions attempted to make successive appearances at the global football showcase they were upstaged as the Togolese Sparrowhawks went to the 2006 tournament instead.

Senegal had to wait until 2018 to grace the World Cup stage again and suffered a heart-breaking first-round exit, losing out to Japan on fair-play points.

The west African nation begin Group H, which also includes Congo Brazzaville and Namibia, as hot favourites to win the six-round mini-league and secure a place in the final qualifying round.

It is easy to see why as Mane is one of many stars coach Aliou Cisse can call on for the clash with Togo in Thies, a city 70 kilometres (44 miles) east of the capital, Dakar.

But France-born Claude le Roy, known as the ‘godfather’ of African coaches having spent four decades working in the continent, had a warning for the star-stacked squad.

“Senegal are clear favourites to win the group, but favourites were created to be beaten,” the former Togo coach told reporters. “Across six rounds, you can have shocks.”

Le Roy was replaced this year by Paulo Duarte, one of three Portuguese coaches handling teams in the group phase, who previously guided Burkina Faso twice and Gabon.

Senegal are among 10 top seeds who have home advantage against bottom seeds in the opening matchday, which spans three days, with the second round starting on Sunday and continuing through Tuesday.

Algeria, who created an African record 27-match unbeaten run with a friendly win in Tunisia two months ago, host Djibouti in a match between nations 152 places apart in the world rankings.

While many observers fear the Riyad Mahrez-captained African champions could bury the minnows under a goal avalanche in Group A, France-born Djibouti coach Julien Mette is upbeat.

“I believed before the draw there was a good chance we would get Algeria. It is a beautiful story for us, the ultimate minnows, to face the champions of Africa,” he says.

This section is completed by the Central African Republic and Cape Verde, who get the group phase under way on Wednesday afternoon.

Cameroon were the unluckiest top seeds, being paired with equally powerful Ivory Coast in Group D, which is completed by modest southern Africa sides Mozambique and Malawi.

But Cameroon coach Antonio ‘Toni’ Conceicao is fully focused on Malawi, who they face in Yaounde on Friday, saying the visitors are “coming to cause us problems”.

“Malawi are physically strong and will fight from the first whistle to the last,” said the Portuguese. “Nowadays, there are no easy matches in Africa.

“We have to be creative, find space in what will probably be a crowded Malawi half of the pitch, and shoot at goal whenever the possibility arises.”