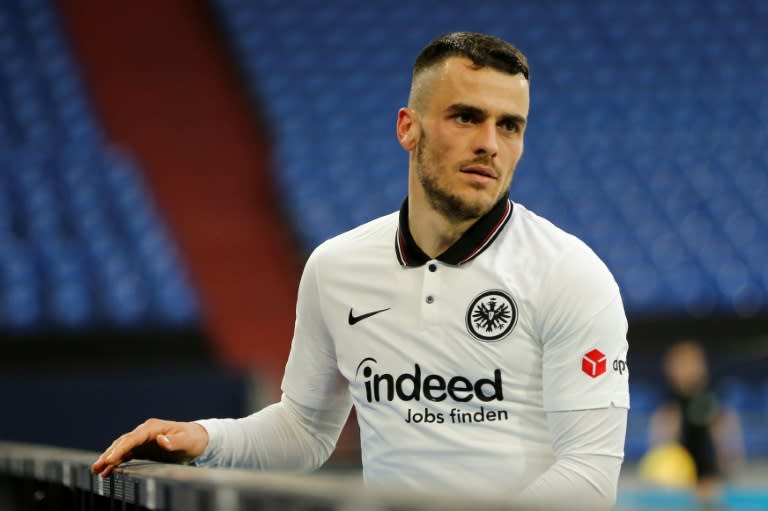 Hertha Berlin’s new signing Suat Serdar scored the first brace of his career on Sunday as his club moved off the foot of the Bundesliga table with their first points this season after a 3-1 win at Bochum.

The 24-year-old Germany midfielder, who was signed from relegated Schalke for around eight million euros ($9.5 million dollars), scored his opening goal for Hertha on 37 minutes, then reacted quickest to a mistake in the defence just before the break.

Bochum pulled a goal back when Simon Zoller scored for the hosts early in the second half, before Hertha’s ex-Nice forward Myziane Maolida, 22, came on to score on his Bundesliga debut to put the result beyond doubt.

After defeats in the opening three games, visibly relieved Hertha coach Pal Dardai praised his team for grinding out the result.

“The first half was a battle, we wanted to counter. It didn’t look pretty,” said Dardai, “but if anyone thinks we can play lovely football here, they don’t know the Bundesliga.

“That’s why I’m proud of the team. The result is nice, we were effective.”

Borussia Moenchengladbach also earned their first win this season under new coach Adi Huetter earlier in the day as their captain Lars Stindl netted twice in a 3-1 home victory against Bielefeld.

Elsewhere, Eintracht Frankfurt’s wantaway midfielder Filip Kostic came off the bench to score in their 1-1 draw at home to 10-man Stuttgart on his first appearance since boycotting training in an attempt to force a transfer to Italy.

“Filip brought lots of momentum when he came on – that’s how we know him,” Frankfurt captain Martin Hinteregger told DAZN.

Kostic, 28, skipped training before the transfer window closed a fortnight ago in order to force a move to Serie A side Lazio.

After being left out of the squad for their previous league game, head coach Oliver Glasner brought Kostic on for the last half an hour.

The Serbia winger roared with delight after his superb shot flew into the net via the post to put the hosts ahead on 79 minutes, as he celebrated his first goal this season.

Stuttgart centre-back Anton was then sent off for bringing down Rafael Borre, who was through on goal.

The visitors equalised when Marmoush, on loan from Wolfsburg, fired into an empty net at the second attempt two minutes from time.

Eintracht came within a whisker of grabbing their first win this season when Borre’s shot smacked the underside of the crossbar and bounced away from goal.

On Saturday, Wolfsburg maintained their 100 percent record at the top of the table with a 2-0 win at Greuther Fuerth while defending champions Bayern Munich are second after their 4-1 romp at RB Leipzig.

10 things we learned in the Premier League – Matchweek 4