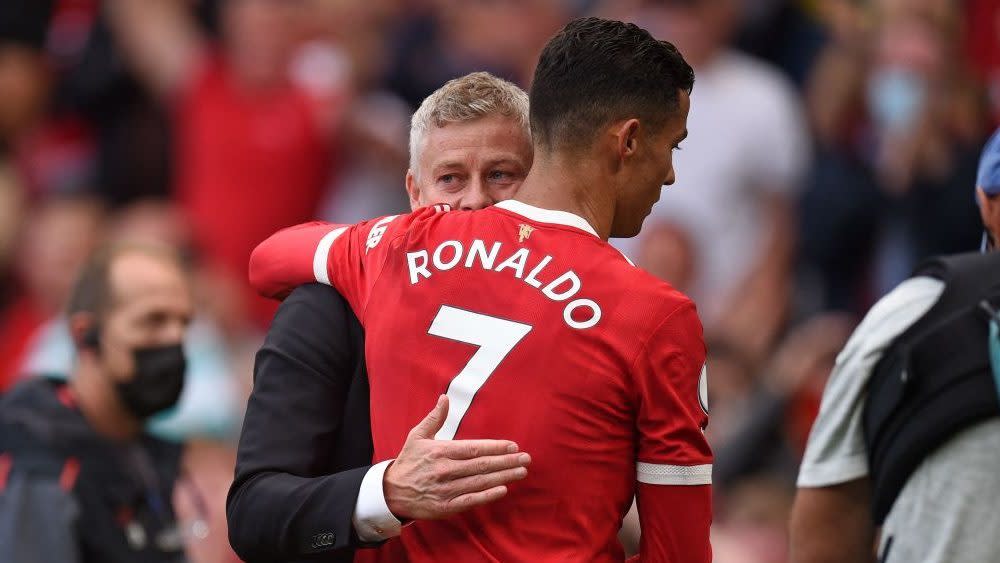 Bruno Fernandes and Ole Gunnar Solskjaer were very happy that Cristiano Ronaldo’s return to Manchester United delivered goals, two by him, and a win.

The occasion may have been all about Ronaldo to many, but Fernandes and midfield mate Paul Pogba were very, very good in a match that saw the center forward score twice in his Old Trafford return.

Was there any debate about Ronaldo starting the match, Ole?

“No,” Solskjaer said. “Of course not. This is what Cristiano is about. This was a day for everyone to enjoy.”

“Everyone knows what Cristiano Ronaldo brought for the club and we are really happy to have him,” said Bruno Fernandes. “The most important thing, as he will say, is the team. Good players can always play well together.”

And this may just be something mentioned a time or two in the team room, because here’s what Solskjaer said when asked about Fernandes and Ronaldo.

He also said the addition of Ronaldo changes the way Old Trafford feels about it, even if a plane flew a banner above the stadium referencing Ronaldo’s settlement with a woman who accused him of a 2010 rape.

“Good players can always play together,” Solskjaer said. They have a mutual respect and play for Portugal together. … It’s changed [the atmosphere]. A few months back you think how it was here. This is what Man Utd supporters should feel like.”

And how did it feel to go up against Ronaldo at Old Trafford, a building Newcastle boss Steve Bruce knows a lot about?

“That is the goalscoring instinct of a center forward, where our defenders haven’t followed it in and he is on the end to get a tap in and change the game,” Bruce, the former Manchester United defender, said. “If there is a genuine superstar among everyone, then this kid is with what he has achieved. We have witnessed it again today. He is something else.”

Guardiola happy to have Silva after move talk