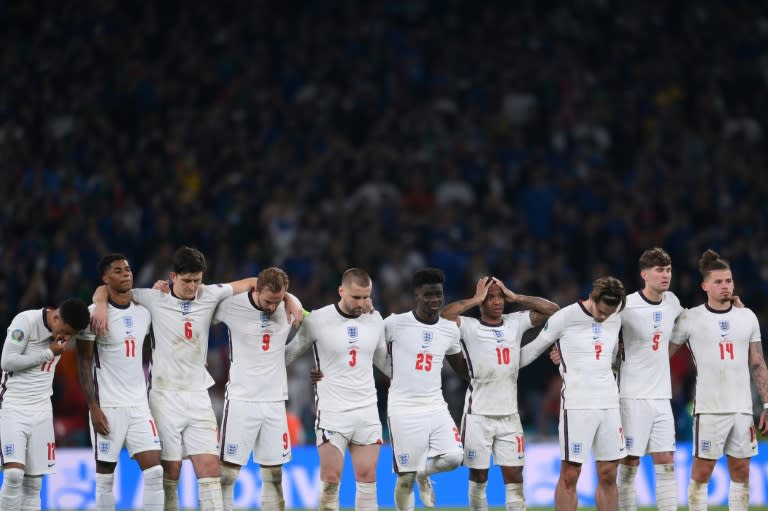 England manager Gareth Southgate believes the Three Lions are closer to ending their wait to win a first major tournament since 1966 than they have been for generations, with the Qatar World Cup little over a year away.

Southgate’s side return to action this week for the first time since losing the Euro 2020 final on penalties to Italy in three World Cup qualifiers against Hungary, Andorra and Poland.

Reaching Qatar should be a formality for a nation ranked fourth in the world, with expectations now to compete to win the World Cup for a second time rather than make up the numbers in the Middle East.

England’s fortunes have been transformed since Southgate succeeded Sam Allardyce as manager in 2016.

A first World Cup semi-final for 28 years in Russia in 2018 was followed up by reaching the final of the European Championship for the first time in England’s history.

Yet, for all the progress and plaudits earned along the way, some old failings came back to haunt them at Euro 2020 just when everything seemed to have lined up for a coronation as champions.

In losing semi-finals at the 2018 World Cup and 2019 Nations League and final of the Euro, Southgate’s men could not have wished for a better start as they scored early.

But they failed to build on those leads, sitting back as Croatia, the Netherlands and Italy dominated possession before reaping their rewards in the second half.

Defeat to Italy on penalties also added to a litany of painful major tournament defeats in shootouts.

However, there is plenty of reason to believe England should be only stronger come the World Cup having learned from those experiences with still a very young squad.

“We’ve always wanted to be knocking on the door in the latter stages of those competitions because you eventually get to learn how to win semi-finals and how to win finals,” said Southgate.

“It’s normally the process, if you look at our club teams (in European competition), that you have to go through. That’s the way we view it.

“We know we were the youngest team in the last 16 (at Euro 2020), the least experienced in terms of international caps and so there’s no doubt that individually these players are going to continue to improve and that’s got to be our aim as a team as well.

“We’ve learnt a huge amount from the wins we’ve had and the disappointment in the World Cup semi-final and the final this time. We’re obviously a lot closer than we’ve been for a long, long period of time.”

England have already taken maximum points from their opening three qualifiers to top Group I and could have qualification virtually secured by the end of next week with victories in what should be their toughest games in the group away in Hungary and Poland.

The focus will be on how Southgate evolves the side that finished the Euro after coming under pressure to play a more expansive brand of football despite his success.

Jack Grealish had to watch most of the tournament from the bench, alongside the likes of Jadon Sancho and Marcus Rashford as Southgate relied on two holding midfielders in Declan Rice and Kalvin Phillips.

But Grealish has since sealed a £100 million ($138 million) move to Manchester City to become the most expensive English player in history and could be let off the leash with more room for error in the qualifiers.