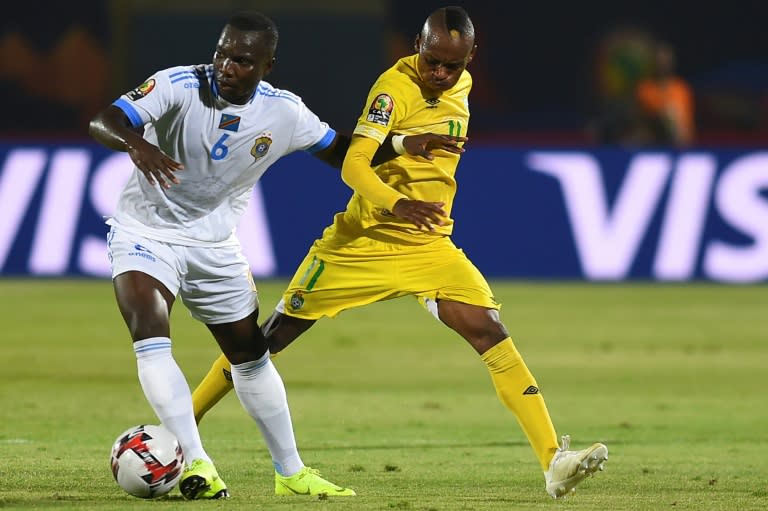 A close-range tap-in from Zimbabwean Khama Billiat and a looping header by Daniel Cardoso earned the most popular club in the country maximum points after drawing at TS Galaxy three days ago.

Baroka pulled one goal back just before the hour through Denwin Farmer, who squandered two late chances to equalise at Soccer City stadium.

“We were great in the opening half and could have been four or five goals ahead by half-time,” he said. “We panicked, though, after conceding and had to endure an unnecessarily nervous climax.”

Formed 51 years ago by national star Kaizer Motaung, Chiefs have won a record 53 domestic trophies, but none since Baxter led them to the 2015 league title.

Chiefs had three chances to collect silverware this season and one has already gone after a quarter-finals exit from the MTN 8 knockout competition.

That leaves Baxter to concentrate on the 30-round league — the richest in Africa with a 15 million rand ($1 million/850,000 euros) first prize — and the South African FA Cup.

Chiefs exceeded expectations by finishing runners-up to Al Ahly of Egypt in the CAF Champions League this year, but missed out on qualification for the 2022 African season.

This could be to their advantage as South African clubs often battle when faced with fixture congestion caused by overlapping domestic and continental schedules.

The most convincing second-round winners were SuperSport United, who won three straight league titles from 2008, and promoted Sekhukhune United.

SuperSport, bankrolled by a pan-African TV sport station with the same name, scored through Teboho Mokoena, Sipho Mbule and Thamsanqa Gabuza en route to a 3-1 home win over Golden Arrows in Pretoria.

Nigerian Chibuike Ohizu netted twice within 10 minutes for Sekhukhune in a 2-0 away victory over bottom club Maritzburg United.

AmaZulu, who confounded the critics by finishing runners-up to Sundowns last season, have yet to score in this campaign following a 0-0 stalemate with visiting Swallows.

Real Kings, a Durban-based second division side who bought the Bloemfontein Celtic franchise to gain entry to the elite league, suffered a second successive loss after falling 2-1 at home to Cape Town.

On Tuesday, two draws failed to produce a single goal with Sundowns held at Chippa United and Orlando Pirates at Marumo Gallants.