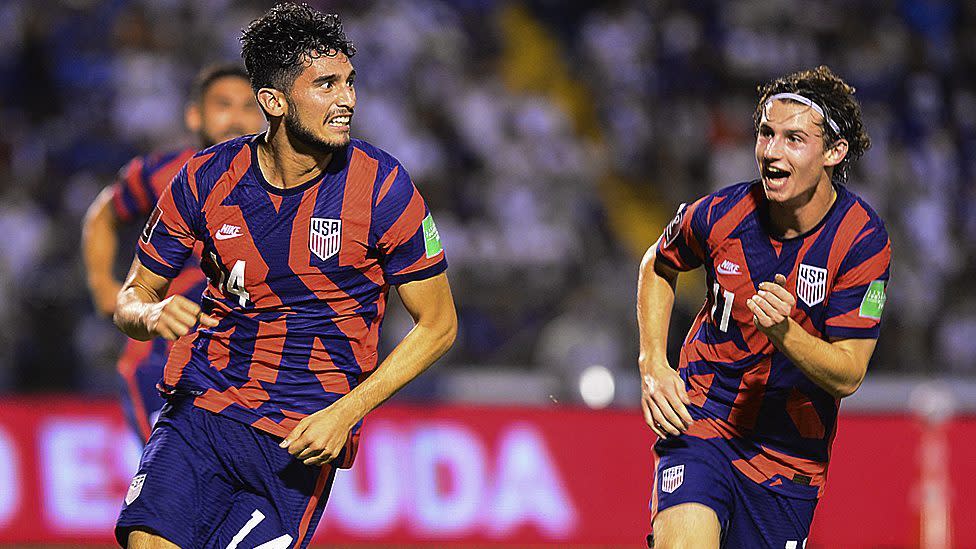 Can you lose when you win away in a hostile environment?

A pathetic first half inspired by a baffling lineup had the United States men’s national team down at the break, and captain Christian Pulisic limped off with injury with the score tied before the Yanks won 3-1 on a Ricardo Pepi header with just over a quarter-hour to play against Honduras in San Pedro Sula.

And so the Yanks find themselves on five points through three CONCACAF World Cup qualifiers, 45 minutes after appearing destined for a very dark debate until October.

Pepi helped set up the first goal before scoring the second and assisting Brenden Aaronson on the third and driving Sebastian Lletget’s fourth, one of the only surprising starts from coach Gregg Berhalter that eventually bore dividends.

Brayan Moya scored in the 27th minute for Honduras, feasting off mistakes from John Brooks and George Bello. The hosts nearly doubled the visitors’ shots and missed multiple big chances to come away with a point.

The U.S. returns to action with three monumental tests in October: home to Jamaica, away to Panama, and home to Costa Rica.

Three things we learned from Honduras vs USMNT

1. A famously illogical lineup looks as logic says it should: Gregg Berhalter has preached that CONCACAF experience is so important, that you can’t prepare for it until you’ve experienced it. Facing the most difficult of three World Cup qualifiers in one week, he started four players with zero World Cup qualifying experience and kept a number of players seemingly in the squad because of the experience they bring… on the bench. He moved his best midfielder through two matches — Tyler Adams — to right mid in favor of one of the aforementioned kids and a midfielder who needs a calm, steady, experienced player next to him. These decisions were so questionable that it’s bears asking whether any of the assistants or players questioned them.

2. And the logical fix, you’re not going to believe this, makes them much improved: Brenden Aaronson and Antonee Robinson were arguably the Yanks’ two best players through two games not named Adams or Pulisic. So putting them on the pitch along with a player who is almost always good in a USA shirt — Sebastian Lletget — working to produce a goal and 3-4 quality chances within 10 minutes of restart? Do you believe in likelihood?!? Yes!!! Berhalter later removed another newbie for DeAndre Yedlin, who set up Pepi’s goal.

3. Pepi raises his hand: We’ve gotten too excited about young American strikers before, but the in-form 18-year-old FC Dallas forward scored and played two big roles in the other goal. It’s no surprise that he looked much better with more established players around him, and he’s going to get a lot of chances to play moving forward.

Man of the Match: RIcardo Pepi