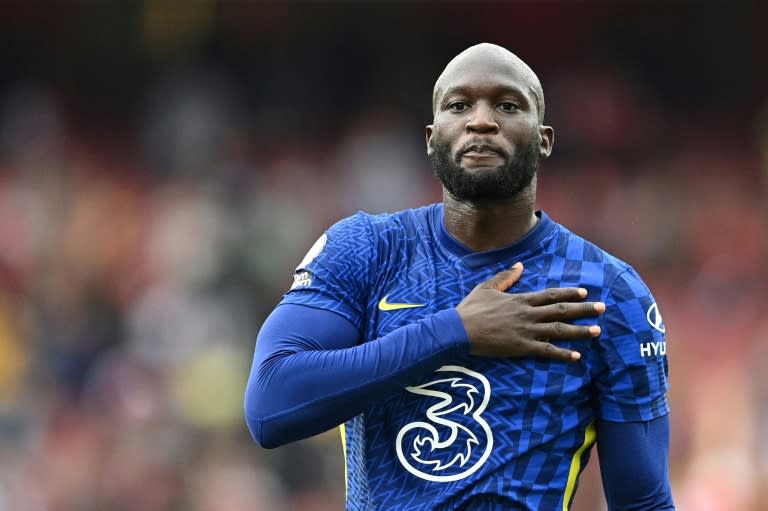 Chelsea strengthened their status as title challengers with a dominant display to win 2-0 at Arsenal on Sunday that saw the European champions move alongside Liverpool at the top of the Premier League.

Brighton and Tottenham are the only other sides to so far take six points from their opening two games after Manchester United faltered in a 1-1 draw at Southampton after a flying start in hitting Leeds for five last weekend.

Lukaku proves his worth

Chelsea unleashed club record signing Romelu Lukaku onto an already wounded Arsenal and the Belgian opened his account for the Blues within 15 minutes of his second debut.

Lukaku had scored 113 Premier League goals for West Brom, Everton and Manchester United, but none in his first spell at Chelsea, when he struggled for game time.

Seven years later he has returned for £97 million ($132 million) as the complete package.

Arsenal could not cope with the 28-year-old’s strength, speed, movement or instinct for goals as he shrugged Pablo Mari to the floor before tapping home Reece James’s cross to open the scoring.

Lukaku faces a much tougher test when he comes up against Liverpool’s Virgil van Dijk in a top-of-the-table clash next weekend.

But he is just the final piece in an already incredibly deep squad that is built to challenge over the long haul this season.

Thiago Silva, N’Golo Kante, Ben Chilwell, Hakim Ziyech and Timo Werner were among those just on the Chelsea bench, while Christian Pulisic was absent after testing positive for coronavirus.

Harry Kane made a much-anticipated return for Tottenham as a second-half substitute as Nuno Espirito Santo enjoyed a winning return to Molineux with a 1-0 win over Wolves.

But rather than Kane or Son Heung-min, it was Dele Alli who was the visitors’ match winner as his rebirth under the regime change at Spurs continued.

Alli slotted home from the penalty spot for his first league goal since March 2020 after winning the spot-kick himself with the sort of burst into the box that once made him one of Europe’s most promising midfielders.

His career has since stalled, most notably during Jose Mourinho’s unhappy stay in north London.

But Nuno is determined to see the 25-year-old rekindle the status he once had.

“He scored in the beginning of the game and in the last minutes of the game he was running all over the pitch,” said Nuno. “That shows the level of fitness and the belief that he has.”

A dictate for referees to use their whistle less has been largely welcomed by fans and pundits in a fast and frenetic return to Premier League action.

However, Liverpool manager Jurgen Klopp is less convinced after seeing his centre-backs have to withstand an physical barrage from Burnley’s strikers.

“I am not 100 per cent sure if we are going in the right direction with these decisions, if we go 10-15 years back,” warned Klopp. “It is too dangerous.”

Manchester United’s Bruno Fernandes was also furious after he was not awarded a foul in the build-up to Southampton’s opening goal against the Red Devils.

“It seems like football’s gone from one extreme to the other, that’s a foul definitely,” complained United boss Ole Gunnar Solskjaer.