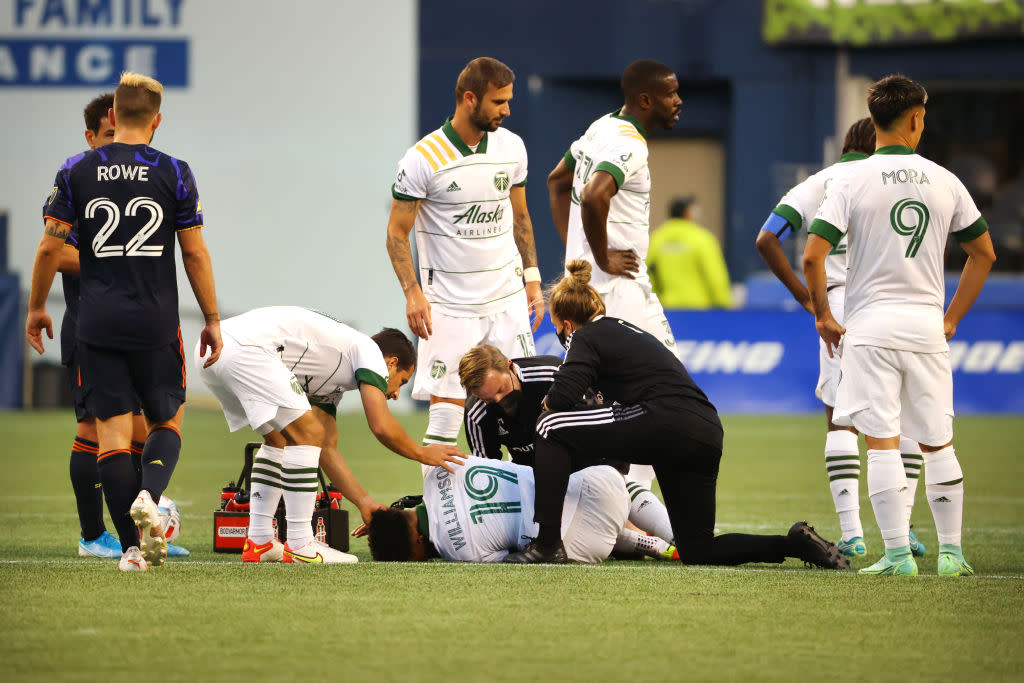 The Portland Timbers won the game, but lost their rock in the midfield.

Just 12 minutes into Sunday’s 2-0 victory over the Seattle Sounders, midfielder Eryk Williamson crumbled to the ground in obvious pain after attempting a pass. There was no opposition player near him. His teammates rushed to his side in concern.

The 24-year old from Alexandria, Virginia laid on the pitch for several minutes while being tended to by the Timbers medical staff. He wanted to walk off on his own power. He tried. But he couldn’t. The pain was obviously overbearing. A stretcher was summoned onto the field to usher him off.

During the postgame media availability, Savarese shed more light on the injury. “Very unfortunate, it’s a severe injury, his knee, his ACL,” the head coach lamented. “It looks very severe and most likely he won’t play for a while. At the moment it’s a sad situation.”

On Tuesday, those concerns were confirmed.

Per the Timbers, Williamson is out for the remainder of the 2021 MLS season after an MRI revealed a torn ACL in his left knee. A huge blow to the team and USMNT hopeful.

“We always ask ourselves, “Why me, why now? What have I done to deserve this?” And sometimes we simply don’t have an answer for it— but at the end of the day, we can’t change what has happened, we simply have to embrace it. I’ve suffered a torn ACL that will keep me out the remainder of the 2021 season,” Williamson wrote on Instagram.

“As much as I want to sit here dwelling and feeling bad for myself, I know the comeback starts now. I’m in great hands, have a great support system, and know it’s always God’s plan for what’s in store. They will not let me fall. We will make sure I come back better and stronger than before. Thank you all for the messages and calls, means a lot. See you all on the field again soon.”

Williamson will undergo surgery next week. A timetable for his return will be assessed following the procedure.

The Homegrown Player appeared in 14 matches this season, with 11 starts. To this point, he was enjoying a solid season in not only Major League Soccer play, but for the United States Men’s National Team as well. He played a key role in the team’s recent Concacaf Gold Cup win, earning 4 caps with the senior team.