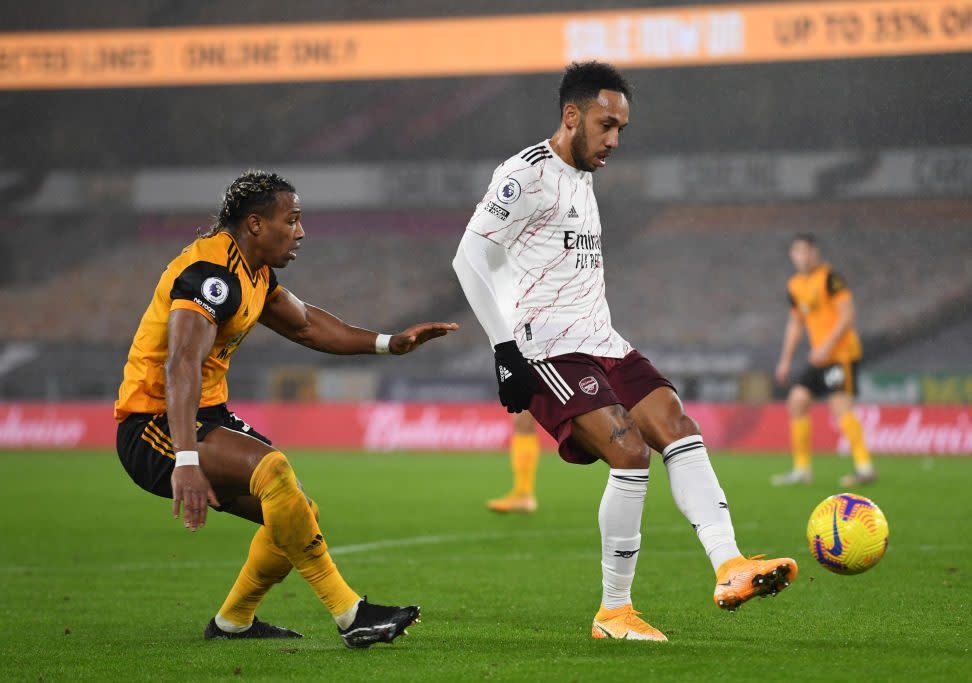 Ahead of the final week of the transfer window, there will be plenty of reports ramping up and plenty of deals happening between now and Aug. 31.

Aubameyang potentially leaving Arsenal is one that keeps popping up, while Traore to Tottenham would make a lot of sense on so many levels.

Let’s dig a little deeper on this latest transfer news.

A report from the Daily Telegraph in the UK states that Arsenal are ‘willing to listen to offers’ for their captain Pierre-Emerick Aubameyang.

It is believed that Arsenal want to raise some funds after a busy summer.

Per the report, Arsenal are keen to offload plenty of players in the final days of the transfer window as Mikel Arteta has put his faith in youth and the Gunners have spent over $177 million on new signings this summer.

Aubameyang was previously linked with a swap deal to Barcelona with Phillipe Coutinho heading to Arsenal in exchange, and the Gabonese forward, 32, has really struggled since signing a huge new three-year contract at Arsenal last summer.

Before that, Aubameyang was in incredible form in the Premier League and he’s scored 85 goals in 148 appearances in all competitions for Arsenal.

Some suggestions out there say that Manchester City could bring in Aubameyang instead of spending big on Harry Kane. Is that a good short-term solution, especially financially, for Manchester City?

Switching to talk of a potential incoming in north London, and it seems like Nuno Espirito Santo is keen to head to his former club Wolves.

According to Fabrizio Romano, via our partners in Italy at Sky Sports, Tottenham are very keen on Adama Traore and will put in an opening bid in the coming days for the Spanish international.

Nuno is a huge fan of Traore, 25, and the winger was key (for the most part) in Wolves’ success in recent seasons. However, last season he seemed to lose a lot of confidence as his future is up in the air, and it seems like Spurs will make their move.

The deal could be an initial loan with an obligation to buy for $55 million next summer, and it would be a hammer blow for Wolves to lose one of their most dangerous attacking players (as Traore showed against Spurs on Sunday).

But his current contract runs out in the summer of 2023 so Wolves may have to cash in now, as Traore’s value will plummet after the summer window ends.

With Lucas Moura, Heung-min Son and Steven Bergwijn excelling early in the season as Nuno has turned Spurs into a counter-attacking team, Adama Traore would be perfect for this new-look Tottenham side.

Jaylen Brown ruled out of Celtics-Rockets game with knee injury