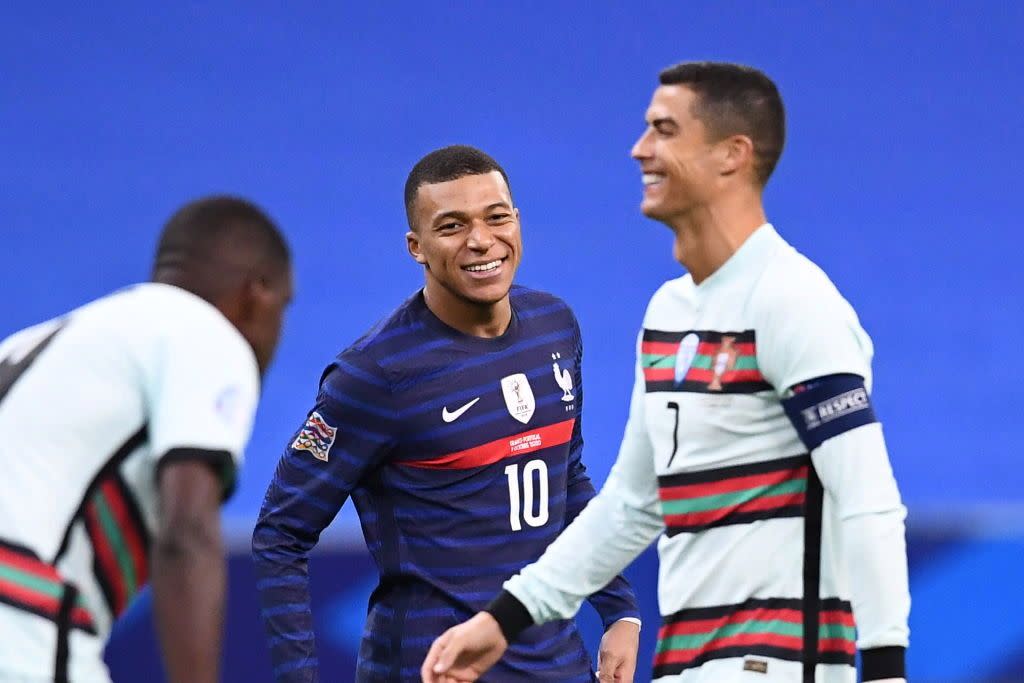 The next Galactico may achieve his status soon, as PSG have confirmed that Kylian Mbappe wants to leave Les Parisiens.

That could also signal a move for a previous big-money Real Madrid man, Cristiano Ronaldo, as the summer of superstars switching clubs continues.

Real Madrid has reportedly bid almost $190 million to bring Kylian Mbappe to the Bernabeu, and the World Cup champion is said to want the move.

That is according to PSG’s sporting director, Leonardo, who spoke to French radio station RMC.

“Kylian Mbappe wants to join Real Madrid and we will not hold him back. We said no to Madrid’s first offer, but if our conditions are met, we’ll see,” Leonardo said. “We have no plans to talk to Real again for Mbappe. The deadline is August 31 at midnight. This is how the transfer window is: we keep him and we extend. But we’re not going to let him go for less than what we paid when we still owe Monaco money.

“We never opened the door to a departure of Kylian Mbappe. Never. People say that I want to sell and not Nasser, but me or Nasser thinks the same thing. We are on the same point. But if a player wants to leave, it’s on our terms.”

So, there you have it.

PSG are willing to sell one of the two best young attacking talents in the world, but as long as they are paid round $188 million.

Seeing that Mbappe still wants to leave PSG despite the addition of Lionel Messi and Cristiano Ronaldo wants out of Juventus, then the Portuguese star taking Mbappe’s place as a PSG line-leader makes too much sense.

Ronaldo is out of contract next summer and Juve could bring in some cash for their aging but still clinical striker, while PSG could offset its busy summer of adding wages by getting an absolute ransom for Mbappe.

The Frenchman doesn’t turn 23 until late December and it says something that the fee doesn’t even cause you, relatively speaking, to bat an eye for a player who has an almost comical 160 goals and 79 assists in 234 matches at a pretty tender age.

And PSG trotting out a front three of Neymar, Ronaldo, and Messi would be just ridiculous, especially if Georginio Wijnaldum is given his Netherlands role of playmaker rather than his Liverpool job of transporting the ball and connecting play.

Does this move make sense for Real Madrid?

We argued that Mbappe might’ve been worth a much higher transfer fee just two summers ago. Yes, It’s crazy money and transfer fees remain out of whack. But taking all that into consideration, Mbappe is “worth” this fee and will set the table for Erling Haaland’s fee.

If Mbappe is sold for $190 million and Haaland’s exit clause is overblown, get ready to see an almost unconscionably $200 million fee for a forward in January or June.

Shai Gilgeous-Alexander with an and one vs the Detroit Pistons

Frank Jackson with a 2-pointer vs the Oklahoma City Thunder