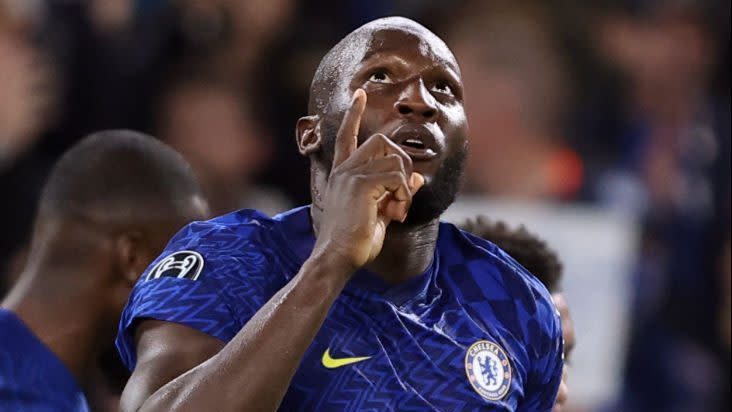 Thomas Tuchel’s got his striker, and that means that Chelsea’s in much better shape for those tight games with limited chances.

Tuesday’s 1-0 win over Zenit Saint Petersburg to kick off the Blues’ European Cup defense was one of those ones.

“The performance from Romelu was not easy,” Tuchel said of Romelu Lukaku, who scored for the fourth time in four Chelsea appearances since arriving from Inter Milan this summer. “We didn’t create many chances for him but he’s the type of guy who doesn’t lose confidence and belief. And that is why he is a world-class striker.”

Lukaku rose high while moving toward the back post to meet Cesar Azpilicueta’s invitation from the right, nodding home for the lone goal at Stamford Bridge.

The win gives Chelsea a winning start to the group stage and was necessary with a trip to Juventus on Matchday 2.

Turin won’t scare Lukaku, who was helping Inter Milan end Juve’s stranglehold on the scudetto last season while Chelsea was winning the UCL.

“He was the type of profile we were missing, not just because of the talent but because of the personality,” Tuchel said. “He is such a humble guy, a super communicator in the dressing room, and that creates a certain energy around him in the team that we are proud of and want to have.”

Chelsea next plays at Tottenham on Sunday before visits from Aston Villa in the League Cup and Man City in the PL. Then it’s off to Juventus.

Tuchel heaps praise on Chelsea’s Lukaku, ‘the profile we were missing’ originally appeared on NBCSports.com

Jake and Jordan on the greatness of the Giants