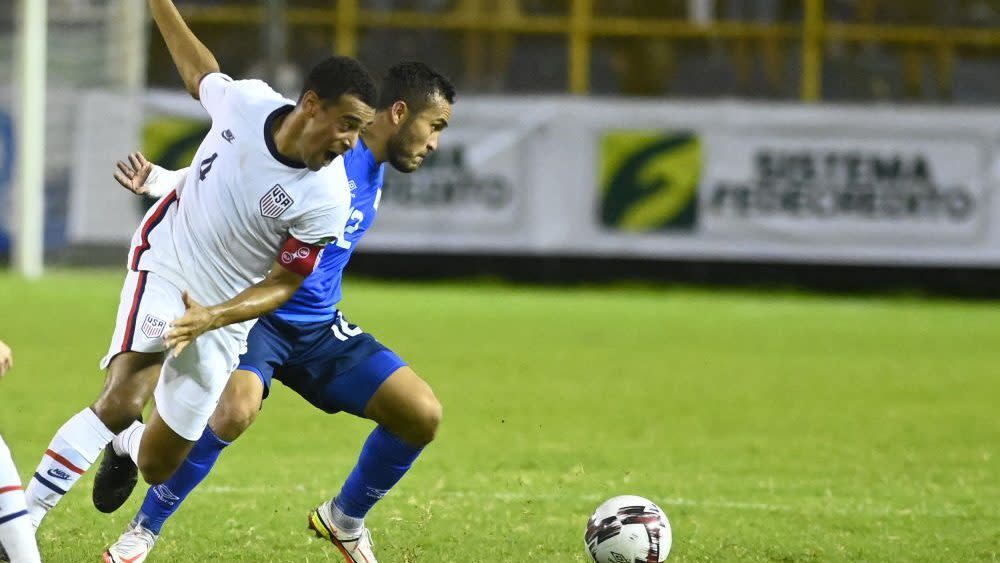 On a day of draws around CONCACAF World Cup qualifying, the most surprising one came when the United States men’s national team and El Salvador failed to score in San Salvador.

Tyler Adams was one of the few USMNT standouts from the win, nothing but solid despite being given the responsibility of becoming the youngest player to captain the Yanks in a World Cup qualifier.

Christian Pulisic didn’t play — neither did Zack Steffen and Tim Weah — and the U.S. had few ideas in attack and looked anxious, even hesitant when the ball got into the final third.

Adams is looking to the positives as the U.S. now looks to beat a Canada team that drew Honduras in Canada.

“Unbelievable. The atmosphere was a little bit hostile to say the least,” Adams said. “The pitch isn’t great. We can make a lot of excuses but at the end of the day, there are some positives to take away. We got a clean sheet. We didn’t give up a goal. We’ll take the point and we gotta focus on the next game.

With Mexico beating Jamaica and Panama drawing Costa Rica, it could’ve been much worse for the U.S. after one game. But the max points now this break is seven.

Will the Americans get back in the win column on Sunday versus the Canadians?

“Quick turnaround. That’s why we have a deep squad. A lot of guys are gonna have to step up and be ready to play the next match, so it’s next man up. It’s gonna be a tough one but we’re happy to have our fans behind us.”

Tyler Adams: ‘Some positives to take’ from El Salvador vs USMNT (video) originally appeared on NBCSports.com

Bulls’ Zach LaVine has ligament tear in thumb of non-shooting hand, plans to play through it, per report