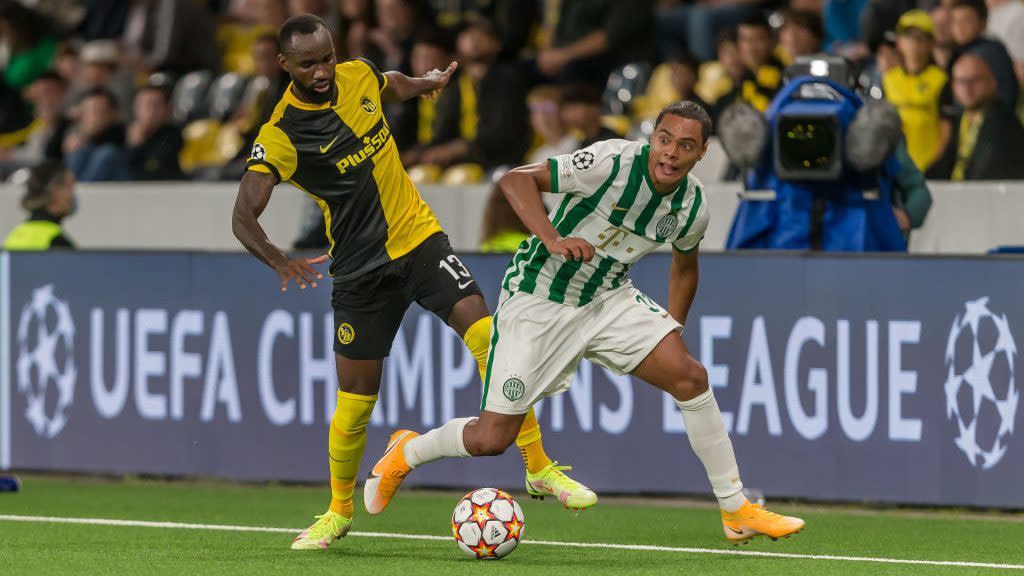 Twenty-nine of 32 places in the 2021-22 UEFA Champions League group stage have been claimed following a trio of qualifying playoff second legs on Tuesday.

Benfica, Young Boys, and Malmo sealed their spots in the group stage, while Ludogorets Razgrad, Ferencvaros, and PSV Eindhoven are left to hope for next season.

Former Seattle Sounders man Henry Wingo scored for the hosts, but it was another American whose team goes into the hat for the group stage draw.

USMNT forward Jordan Siebatcheu had a penalty saved as part of his 85 minutes for the winners, though he did score twice against CFR Cluj in the previous round of qualifying.

Below is Wingo’s goal for Ferencvaros. The 25-year-old played every minute of the Hungarians’ nine UCL qualifiers and also has an assist in league play.

Goals from Anton Nedyalkov and Pieros Sotiriou were not enough to keep the Bulgarians in the discussion after a 2-0 loss in the first leg, but Veljko Birmancevic’s 42nd-minute goal was the difference that pushed Malmo into the group draw after beating Rangers, Riga, and HJK Helsinki in the previous rounds.

Vlachodimos was under fire in making eight saves, many coming after Lucas Verissimo doomed Benfica to 10 men.

The only surprising thing is that PSV’s 73 percent possession and 21-4 shot edge didn’t deliver a goal.

All matches kickoff at 3pm ET

Mets Injury Tracker: Jacob deGrom to undergo MRI on Wednesday, throwing program would be next step