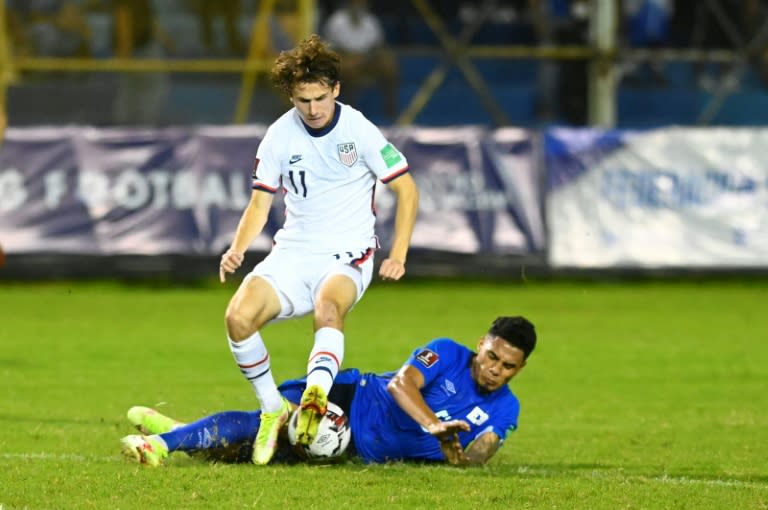 The United States kicked off their road to World Cup redemption with a 0-0 draw against El Salvador on Thursday as the final round of CONCACAF qualifiers for Qatar 2022 got under way.

The US, aiming to bounce back from the shock of failing to qualify for the 2018 World Cup, were frustrated for long periods by a battling El Salvador side and failed to make the most of a handful of chances that came their way.

“It was hostile to say the least, the pitch obviously isn’t great — we can make a lot of excuses about the game,” US captain Tyler Adams said afterwards.

“But at the end of the day there’s some positives to take away. We got a clean sheet, we’ll take the point, now we focus on the next game.”

US coach Gregg Berhalter’s young side started brightly, shrugging off the intimidating atmosphere at San Salvador’s Estadio Cuscatlan to carve out early chances for Borussia Dortmund’s Gio Reyna before Brenden Aaronson also saw a deflected effort go over the bar.

Atlanta United defender Miles Robinson saw a golden chance go begging in the ninth minute when he met Reyna’s floated free kick in space but was unable to get a diving free header on target.

El Salvador worked their way into the contest with some energetic pressing that knocked the US team out of their stride.

Ronald Gomez came closest to scoring for the Salvadorans in the opening phase of the game, his header from Marvin Monterroza’s corner flying over the bar in the 16th minute.

Three minutes later the US surged forward again when Barcelona fullback Sergino Dest cut in from the left and unleashed a low shot which forced El Salvador goalkeeper Mario Gonzalez into a low save.

That however was as good as it got in a mostly disappointing first half, which despite some bright touches from Marseille’s Konrad De La Fuente and Norwich’s Josh Sargent, saw the US struggle to eke out more clearcut chances.

The inventiveness and composure of Chelsea star Christian Pulisic — recovering from Covid-19 — was sorely missed by the US.

Roldan, whose brother Cristian started on the bench for the US, had alarm bells ringing when he turned his man on the edge of the area and flashed a curling chip just wide.

US fortunes turned in the second half however, and a triple substitution by Berhalter with 25 minutes to go, with Kellyn Acosta replacing De La Fuente, Antonee Robinson coming on for Dest and Jordan Siebatcheu on for Sargent, threatened to turn the game back in the visitors’ favor.

In other qualifiers for Central America, North America and the Caribbean on Thursday, Mexico grabbed a dramatic 2-1 victory over Jamaica after Henry Martin’s 89th minute winner at the Azteca Stadium in Mexico City.

Jamaica had looked to be heading for a battling point after Shamar Nicholson’s 65th-minute goal made it 1-1 following Alexis Vega’s 50th minute opener for El Tri.

In Toronto, Canada came from behind to earn a point in a 1-1 draw with Honduras, Cyle Larin’s 65th minute goal cancelling out Alexander Lopez’s 39th-minute penalty.

The day’s other game saw Panama held to a 0-0 draw by Costa Rica in Panama City.

The next round of fixtures sees the USA face Canada on Sunday at home while Mexico travel to Costa Rica. Jamaica host Panama and El Salvador play Honduras.

The top three finishers in the eight-team round robin mini-league qualify automatically for next year’s World Cup in Qatar, with the fourth place team advancing to a playoff.