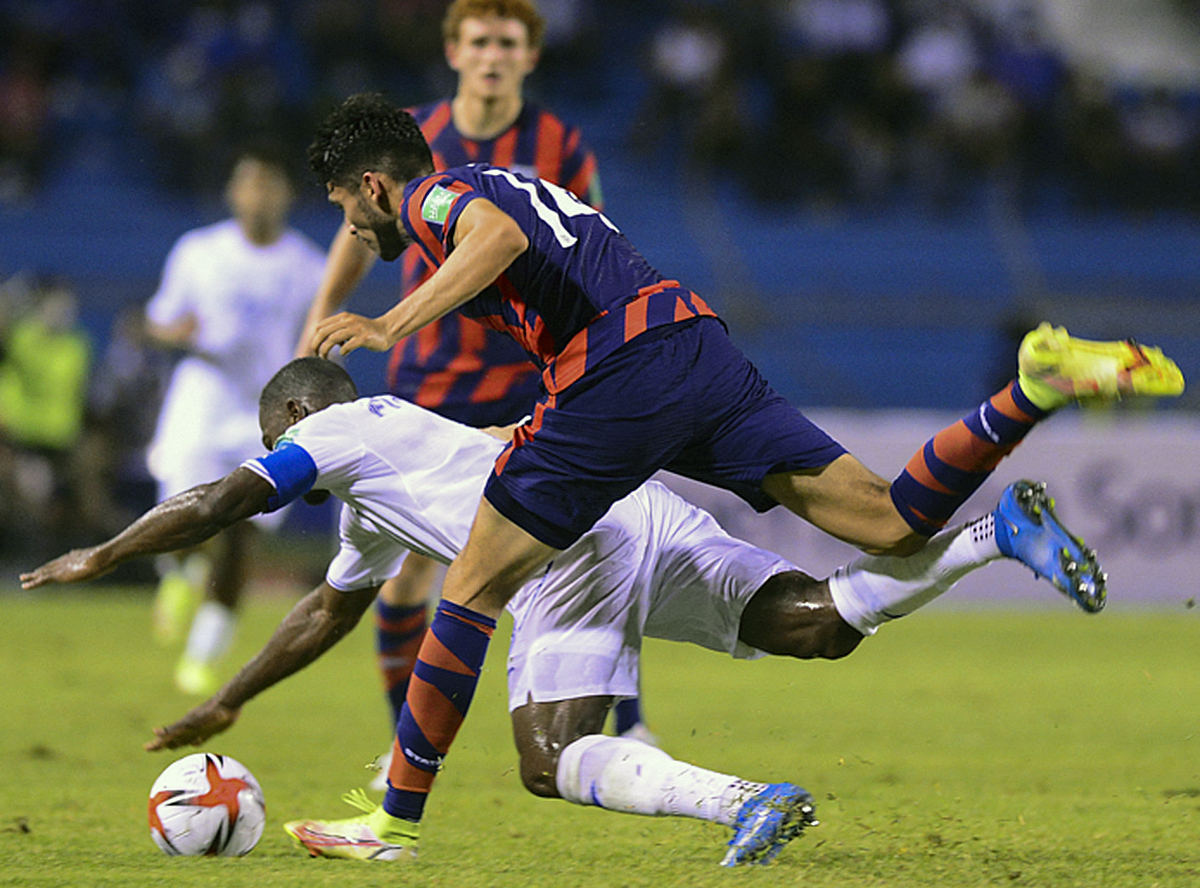 At 9:30 on Wednesday night in San Pedro Sula, Honduras, the U.S. men’s national team seemed to be burning to the ground. Again.

It had, over less than a week, failed to score in El Salvador; suspended one of its stars for violating COVID protocols; looked stale and blew a lead to Canada at home; scrapped just about everything that had brought it success this past summer, threw an inexperienced and disjointed lineup onto a hostile field in Honduras, and conceded a goal scored by a midfielder who plays his club soccer in Angola.

Head coach Gregg Berhalter, sweating through a tight “STATES” t-shirt, was on a rapidly warming seat.

Memories of Couva, of the 2018 World Cup qualifying debacle, were suddenly fresh.

Berhalter’s five second-half substitutes, and his bold decision to call up and start 18-year-old Mexican-American striker Ricardo Pepi, worked magically. Left back Antonee Robinson, building off great grunt work by Pepi, leveled the match at 1-1 less than three minutes after entering at halftime. Pepi then powered a 75th-minute header into the side netting, and turned a troubling week into a successful one.

At halftime, the live CONCACAF qualifying table showed the U.S. in sixth place, already three points behind third and fourth, the last two places required to reach the World Cup.

An hour later, the U.S. is tied for second. Panic is gone. Frustration has eased.

The job is far from done. The so-called “Octagonal” qualifying round is a 14-game grind. Eleven still remain, beginning with three in October, and if the USMNT sputters like it did last week, trouble could return.

But over 45 minutes in muggy San Pedro Sula, existential dread evaporated. The Americans will be just fine — thanks to Pepi, who’d never even been to a national team training camp two weeks ago, and who now, suddenly, is a national team hero.

Pepi was born in El Paso, Texas, and grew up “immersed in my Mexican heritage,” he said. Almost every week, he’d cross the U.S.-Mexico border to Ciudad Juarez, to visit family and friends. He’s proud of that heritage, and as he grew into a teen All-Star with FC Dallas in Major League Soccer, he faced an agonizing decision over which of his two countries to represent internationally. Like many dual nationals, in soccer and elsewhere, he felt strong connections to both.

But he chose the U.S. “I was born and raised in the USA,” he wrote. “This country has given me and my family a home, and endless possibilities to achieve my dreams. It has supported me, it has lifted me up, and it has shown me when you work hard you will be rewarded.

“I am very proud to be called in to help the USMNT qualify for the 2022 World Cup.”

Two weeks later, he is, it’s safe to say, off to a pretty darn good start.