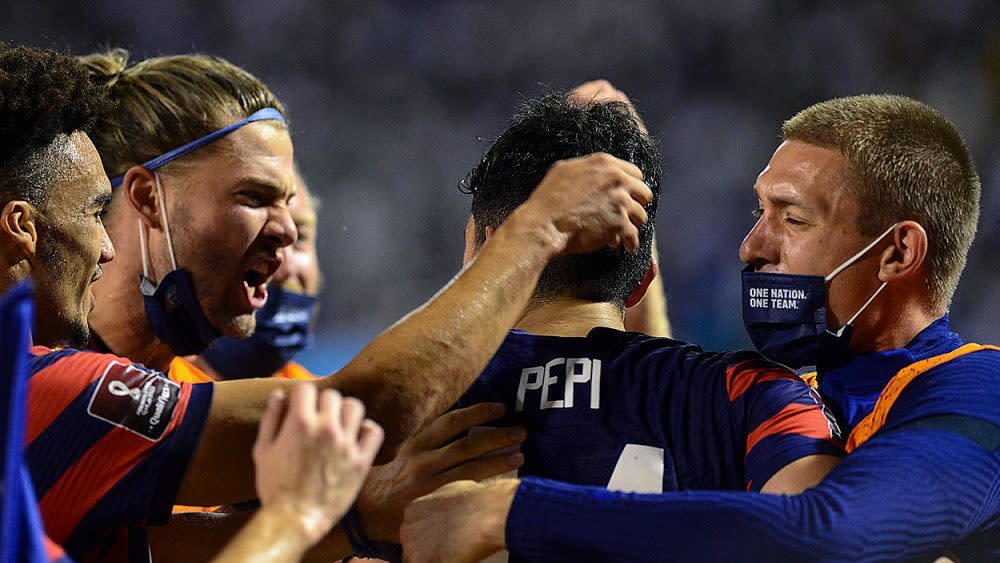 An unexpected lineup that played an abysmal first half and didn’t find the score tied at one until the 48th minute but saw the Yanks score thrice in the final quarter-hour turned a winless start to qualifying to an unbeaten one.

Funny what a win can do.

Berhalter started four players for their first World Cup qualifier and there were significant struggles for at least two of them. One of them, however, played a part in four second-half goals as Ricardo Pepi caught the attention of anyone in the nation who hadn’t seen him starring for FC Dallas in Major League Soccer.

ProSoccerTalk asked Berhalter how he decides when to get young players their first experience versus the idea of making sure they have some experience before going into cauldrons like the Estadio Olimpico.

“It shows that we believe in this group and we have to go with them,” Berhalter said. “That’s a big reason we started George Bello. I said failure’s not an option here, either way you’re gonna learn. It’s a young group and they need to feel what these games are like if they’re gonna grow.”

The U.S. was outshot 11-4 in the first half but Berhalter said he liked the start of the game until Honduras’ 27th-minute goal, saying the team lost faith or at least joy in the system. He changed the formation to 4-3-3, made three subs, and the USMNT turned the game on its ear.

“We came in that game wanting to win duels and compete,” he said. “One of the comments at halftime was if we’re going to get back in this game we need to start competing. We talked about what we needed from our top-line group and our backline. We wanted to be more aggressive and we thought we’d be better pressing. The second thing is I said we need to compete more.”

That improved compete level might not have mattered if New England goalkeeper Matt Turner didn’t make a terrific save with the score 1-1.

“Matt was great this window,” Berhalter said. “He’s one of those guys who looks like he already played in World Cup qualifiers. I thought he was outstanding.”