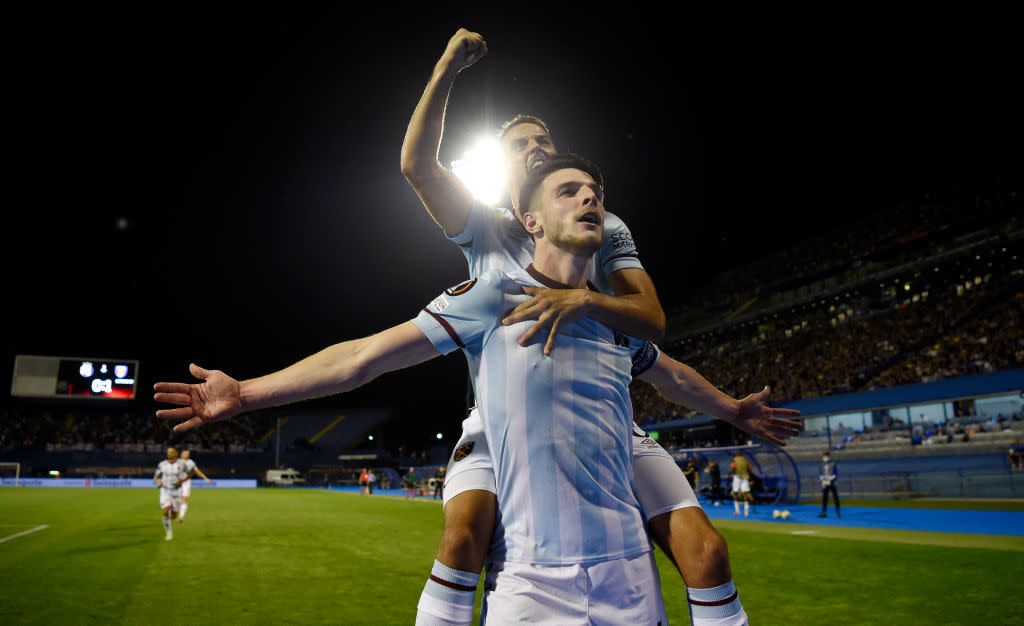 Declan Rice is getting better and better, and the West Ham United star scored an incredible solo goal in the Europa League group stage.

Rice, 22, was playing in his first-ever European game at club level and put the Hammers 2-0 up away at Dinamo Zagreb with a thing of a beauty.

Not known for his goalscoring prowess, this was something truly special from Declan Rice.

In West Ham’s first-ever Europa League group stage game, their captain for the game delivered for the east London side.

The England midfielder won the ball back inside his own half and surged down the left flank.

There were no other options around him, so the defensive midfielder decided he would go it alone. And go it alone he did.

He doesn’t score many, but this was a truly special goal on a very special night for West Ham.

Check out the sensational solo effort in the video below, as Rice continues to go from strength-to-strength and is now adding an extra attacking dimension to his superb defensive prowess.