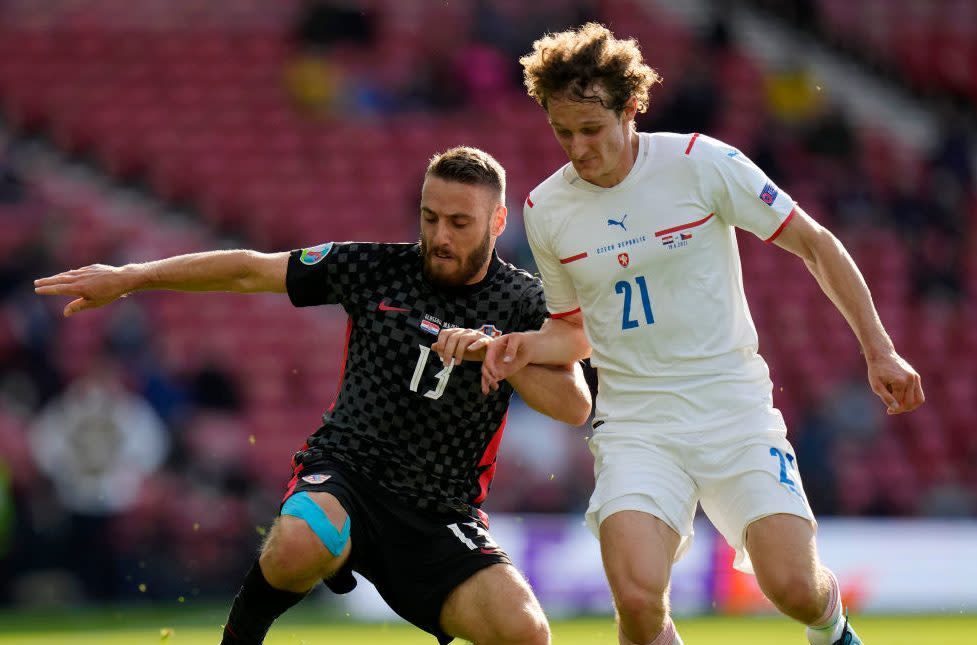 West Ham United have made some big moves late in the transfer window, as David Moyes’ side are adding some key pieces with Nikola Vlasic in and Alex Kral potentially arriving too.

The Hammers have added Kurt Zouma for $41 million to boost their center back options, and now midfielder Vlasic has arrived from CSKA Moscow on a five-year contract.

It has been reported that West Ham paid $35.3 million for Vlasic, 23, as the Croatia international will add plenty of creativity to their side.

West Ham are also said to be working on a deal for Czech Republic defensive midfielder Alex Kral too, with an initial loan move from Spartak Moscow in the works.

How will Vlasic slot in for the Hammers?

David Moyes has been explaining his plan for Vlasic at West Ham.

“I am delighted to welcome Nikola to West Ham United,” Moyes said. “I have been watching Nikola improve over recent seasons – he has got a good goals and assists record during that time. He is also a Croatia international with experience and still being only 23, I feel there is more to come from him.

“I was really impressed with how determined Nikola was to become a West Ham player. It’s that hunger and ambition that fits with what we are trying to build here at the club.”

The Hammers do have a lot of attacking midfielders in Pablo Fornals, Said Benrahma, Manuel Lanzini and Andriy Yarmolenko, but Vlasic is certainly a classy operator and he should slot in well ahead of Declan Rice and Tomas Soucek in midfield.

Another Czech Republic international lined up

Our partners in the UK at Sky Sports say that the Hammers are in talks over a loan move for Alex Kral.

Per the report, the loan move will have an option to buy for $15 million next summer and Moyes has tracked Kral closely as he’s played with current West Ham stars Vladimir Coufal and Soucek on the international stage.

Kral, 23, would provide cover for Rice and Soucek in the holding midfield area and with Mark Noble moving on at the end of this season, it makes sense.

There is an issue with this move, though: Kral is currently with the Czech Republic squad ahead of their World Cup qualifiers and the Czech national team has been hit by a COVID-19 outbreak. Kral may not be allowed to leave the secure bubble to have a medical.