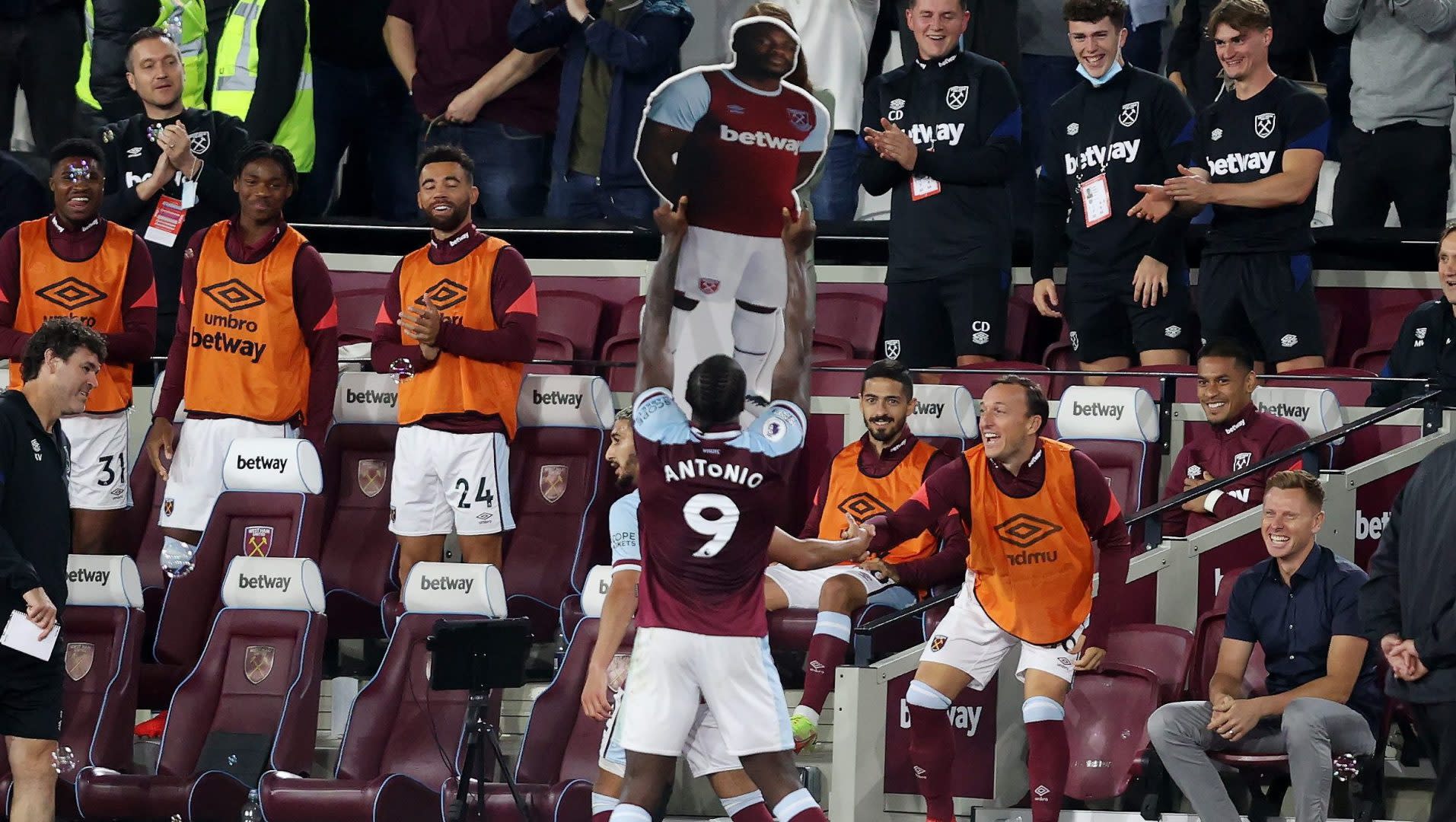 West Ham vs Leicester: Michail Antonio and Said Benrahma powered the Hammers to a dominant 4-1 victory inside a boisterous London Stadium on Monday.

The result sends West Ham top of the table two games into the 2021-22 Premier League season. More importantly, they remain level with Chelsea, Liverpool, Tottenham and Brighton on six points.

1. Upward trajectory continues: West Ham is a club on the rise — there’s almost no way of denying that fact after years of false hopes and promises. After breaking up the Premier League’s “big six” last season (along with Leicester, it should be said), the Hammers have two wins from two games to again this season. David Moyes even has his side playing some entertaining, attractive football after years of being seen only as a grind-it-out defensive merchant. The quality of football, and in turn the results, have changed drastically in the last year and a half, about the time the West Ham recruitment team shifted its focus away from acquiring big names on massive wages, instead signing a handful of hugely smart bargain buys who have performed well above their wages (Tomas Soucek, Jarrod Bowen, Fornals Angelo Ogbonna and Vladimir Coufal). The sky appears to, finally, be the limit.

2. Benrahma starting to come good: Benrahma is the lone recent signing that broke the mold, however, only he might actually turn into a bargain (and a profit possibility) if he continues his own upward trajectory. He didn’t get his first goal for the club until May, but he tallied six assists and has already scored twice (with another assist) in two games to start the 2021-22 campaign. As the rest of the squad continues to grow and gel, and Moyes affords them further attacking freedoms to join a maverick type like Benrahma, the Algerian is only going to show out more and more.

3. Second-tier setback: Even after finishing in the top-six last season, both Leicester and West Ham must earn their place among the Premier League elites once again. The bulk of their season will be played against sides they are now expected to beat comfortably as well as the still-bigger sides who remain favorites. So, anytime you face another side with whom you share a tier, there’s a possibility of a six-point swing one way or the other. Leicester didn’t rise to the occasion on Monday, and West Ham did.

Man of the Match: Michail Antonio – Two goals and an assist, on the night he became the club’s record goal-scorer in the Premier League era and celebrated by kissing a cardboard cutout of himself (yes, really).

The opener came in the 26th minute and Fornals got the goal (above video), but three others played a key role in the silky smooth build-up.

Declan Rice won the ball after Jamie Vardy’s sloppy first touch, and Rice quickly turned upfield and played it to Bowen. Bowen quickly played Fornals on a clever run from right to left. Fornals carried the ball and got it wide to Benrahma on the left wing, and continued his run into the box. Benrahma’s cross found Fornals, who found the back of the net.

There was no doubt that Ayoze Perez endangered the health and safety of Fornals when he put his studs into the side of his leg in the 40th minute.

It’s also more than fair to say there appeared to be no ill intent on Perez’s part as he was stumbling and regaining his footing at the same time he tried to collect the ball and Fornals arrived to do the same.

Caglar Soyuncu miscalculated the amount of time and space he had when he played the ball back to Kasper Schmeichel in the 56th minute, and Schmeichel was hung out to dry as a result.

Michail Antonio read it perfectly and won the ball on the end line before cutting it back toward the penalty spot. Benrahma slotted it low and far post for 2-0.

Tielemans makes it 2-1 with scrappy goal

The clean sheet was soiled in the 69th minute, when the Hammers defenders did everything right and made the requisite block on Tielemans’ initial shot, but the rebound pinballed around a tight space and fell just right for an unobstructed follow-up.

Antonio puts the game to bed

Freddie Freeman gives speech at World Series parade Here is the latest buzz surrounding Yankees trade and free agent targets … Dec. 2, 12:19 p.m. While Freddie Freeman‘s return to the Atlanta Braves is still viewed by many as likely, it is in greater doubt than it was when the offseason began. And as Freeman […]