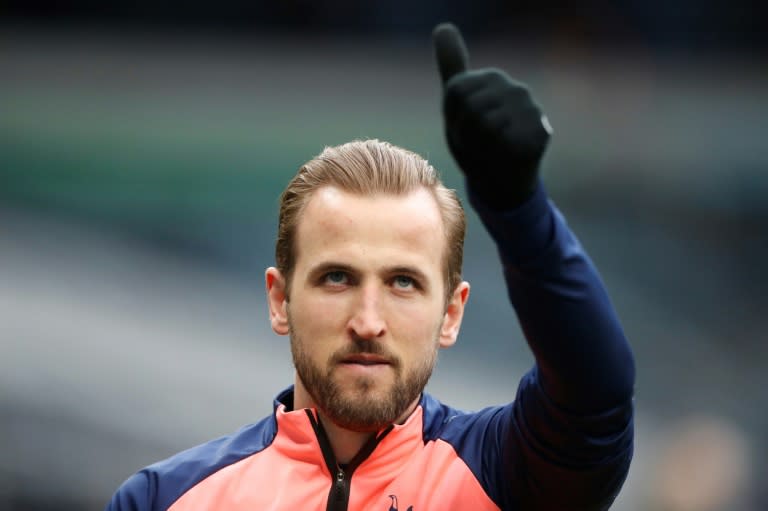 Harry Kane ended speculation over his future by announcing on Wednesday that he will remain at Tottenham this season.

Manchester City were interested in the England captain as a long-term successor to all-time top goalscorer Sergio Aguero.

But with three years left to run on Kane’s contract, even the deep pockets of the Abu-Dhabi owned Premier League champions could not tempt Spurs chairman Daniel Levy into selling.

AFP Sport looks at what Kane staying put means for the player, City and Tottenham.

Behind Kane’s desire to leave his boyhood club was a desire not to end his career known only for individual awards and goalscoring milestones.

At 28, he has still not to win a single trophy for club or country and saw City, who have won five of the last 10 Premier League titles, as the surest bet to satisfy his quest for silverware.

For the second consecutive season Spurs have failed to qualify for the Champions League and Kane may be pressed into his first start of the season on Thursday to rescue his side from a 1-0 deficit just to reach the group stages of the Europa Conference League.

However, Kane has also been conscious of the need to rebuild bridges with the Spurs supporters, who had been scorned by the man they call “one of our own”.

Despite the doubts over his future, Kane was given a rousing reception by the away support on his return to action away at Wolves on Sunday and referenced that in his statement announcing he would be staying put.

“It was incredible to see the reception from the Spurs fans on Sunday and to read some of the messages of support I’ve had in the last few weeks,” Kane tweeted.

Can City cope without a striker

Aguero’s final years in Manchester were blighted by injuries but City made light of playing without a recognised striker last season as they stormed to the Premier League title and reached the Champions League final for the first time.

However, Pep Guardiola wanted Kane as a guarantee of goals from the chances created by his host of creative midfielders.

City’s lack of a focal point was exposed in losing 1-0 to Chelsea in the Champions League final in May and by a Kane-less Tottenham on the opening weekend of the season.

Guardiola has insisted he will be happy with his squad even if a move for Kane did not materialise.

But Cristiano Ronaldo, who has been at the centre of rumours of a sensational return to England, this time for the blue half of Manchester, is a potential back-up option.

But if City fall short in the Champions League once more, they may regret not getting their primary target.

“It is great news for everybody,” said new Tottenham boss Nuno Espirito Santo, who can now look forward to his first season in charge with Kane on his side.

The Portuguese has made a bright start, taking maximum points from their opening two Premier League games despite Kane only making a late substitute appearance at Wolves.

Nuno’s task will be to get Spurs back into the Champions League, but will need Kane performing at his best if they are to overhaul one of City, Chelsea, Manchester United or Liverpool to get into the top four.

Levy’s stubborn stance has been rewarded by holding on to his prized asset.

With three years still to run on a six-year contract, Spurs could afford to demand a fee well in excess of the record fee City paid for Grealish.

Levy knew even with cash to splash, Spurs could not attract a replacement on the same level and also had to keep the fans onside to fill the club’s new 62,000 stadium that has been lying empty for over a year due to the coronavirus pandemic.