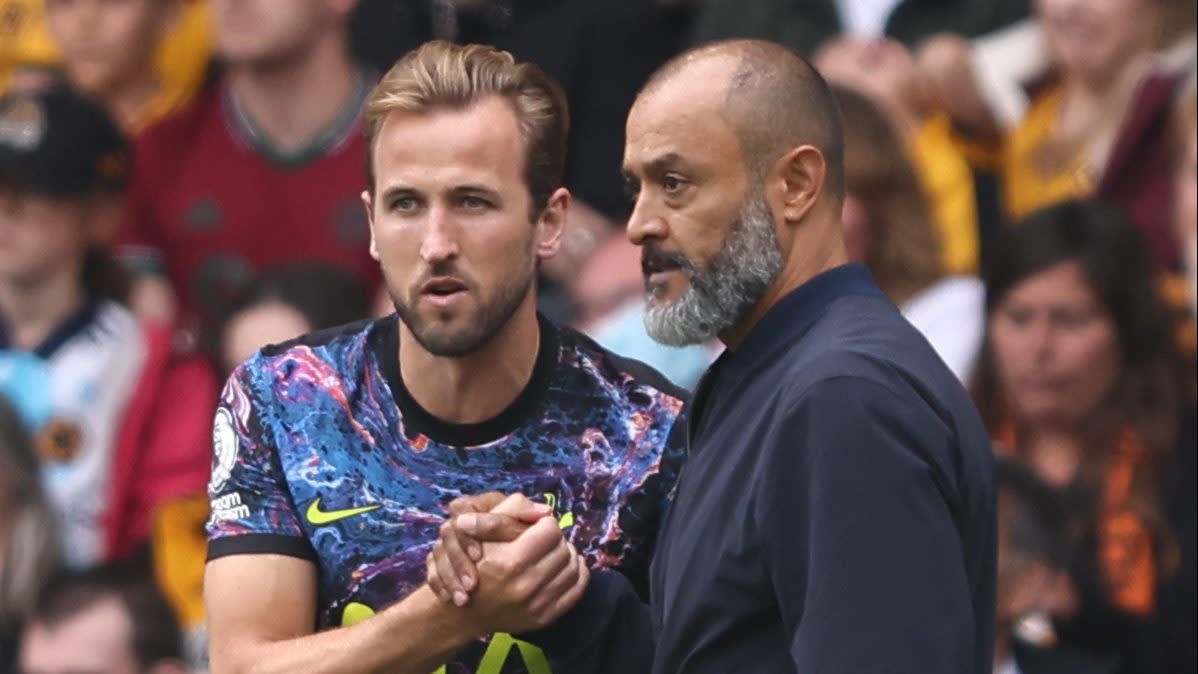 Wolves vs Tottenham reaction: Nuno Espirito Santo is enjoying life in north London after improving to two wins from two games as Spurs boss at Molineux Stadium on Sunday.

Dele Alli got his first goal of the season, Harry Kane made his 2021-22 Premier League debut and Tottenham kept their second clean sheet of the season. No matter how you slice it, life is looking up for Spurs.

Below is live reaction from Molineux Stadium as the Tottenham manager and players spoke after Alli’s goal and Kane’s return.

Nuno Espirito Santo, on yet another “solid” performance by his fledgling Tottenham side…

“Relentless, compact, solid, a unit — everybody helping each other because it was tough from minute one, but we defended very well. In terms of attitude, I am very proud. When you are not able to do a lot of things, you do what you have to do take what we came here for.

“We started well, had a couple of movements that were really dangerous; the second half much better, we had more and had clear chances to kill the game.

“But Wolves — credit to them — they are a strong team. This is about trying to adapt and realize what the game asks for. It is a team you cannot lose the ball in the middle of the field against, one time we did that it was one-on-one against Hugo [Lloris]. He did his job”

Espirito Santo, on 2 wins from 2 games for Tottenham…

“We had two tough matches, very demanding opponents, so we are growing and have a lot of things to improve and work on.”

“I think he did well. He helped the team. He had a good chance. Harry is still in the process of increasing and improving his level of fitness, because he’s one of the best players in the world. You could see the way he helped the team in terms of possession and the fine lines. We need everybody, we need everybody.”

Espirito Santo, on the revival of Dele Alli…

“Dele did a very good job and he worked very hard. He scored in the beginning of the game and in the last minutes of the game he was running all over the pitch so that shows the level of fitness that he has and the belief that he has. A huge, huge help.

“All the team worked very hard. You know that it was not the best of our games but when you cannot play as good as you want you need to do your tasks well and the boys did amazing, they did amazing.”

Dele Alli, on the win

“It was tough. When you come to a place like this, the fans are great and their team plays good football. We had to fight and earn the three points.

“We have to put in a solid performance away from home and hit them on the counter. We knew they’d have chances, it’s how you deal with that.

“My game has been a little deeper this season, allows me to get in the box later which is what I like to do. I’m happy to get the goal and help the team. It wasn’t a perfect performance but a lot of positives.”

Giants in rare company with 1993 team amid historic season

Jonathon Kuminga has seen a lot, is a very mature 18-year-old rookie